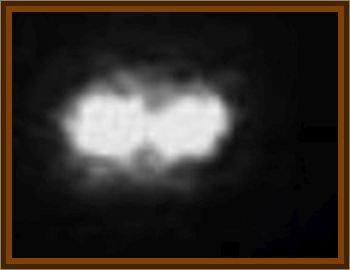 In May of 1971, a friend of mine and I were traveling from Trier to Bitburg, Germany, headed NNW.

My friend suddenly said stop the car, I see a unknown object in the sky.

Both my friend and I were in the Air Force working as Air Rescure Corpsmen, and were very familar with military aircraft.

This was no aircraft that we knew of. It was a circular object, frosted ice in color, heading west. A pea at arms length would be its approximate size.

We watched the object for 10 to 15 seconds and then turned 90º, without changing speed, and headed toward the ground. I dropped below the horizon and was not seen again.