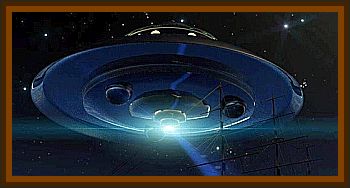 My story may not be as colorful as some, but I saw it, and it is true. My job entailed me to walk between 2 factory plants, throughout the night.

One of the plants, is a secret place, that has been built in a small dip, out of sight. This site is involved in the manufacture of some sort of catalyst, that is used for something in the nuclear industry. Anyhow, one winter night while walking to the catalyst plant, I couldn’t help but notice what a beautiful clear night it was, and how all the stars were out.

After about a 5 minute walk, and approaching the crest of the hill that hides the plant, I saw a bright white light. I didn’t think anything at all at first, as there is nothing unusual about seeing a white light in the sky at night, planes and helicopters etc. But, there was something different about this light and I couldn’t figure what it was. I first spotted it when it was maybe, 3 miles away.

The light was coming directly at me from a slight angle, 2 o,clock. Flying at a sort of horizon level to where I was standing. There was something that intrigued me to stop walking when I reached the top of the crest.

It was now getting very close. It was a white light of quite high intensity, yet it did not seem to project any sort of beam. I would estimate the light to have been approx 12" in diameter. It travelled across the sky at about an estimated guess of about 50 mph ground speed. As it approached the plant it slowed right down and actually stopped above the roof of the plant.

I would guess this to be about 100' above. By this time I had actually walked about 60' down the other side of the crest, which put me about 250' from the light source.

Because I was still someway up the crest still, I would guess this put the light source about 25' above me, and about 250' in front of me at about 1 o,clock.

A number of things really bothered me about what I was seeing. First off, was the fact that there was no red or green lights, like a plane etc. Second, I knew that this thing was very close, yet there was no noise. This was about 3:00 a.m. early morning, and you could have heard a pin drop from 20 yards. By this time, I’m thinking OK, what have we got that would explain what it is I’m looking at.

Answer, Stealth helicopter. I don’t know if such a thing exists, but it has to be something that can fly slowly and hover and do it in total silence. I then realized, that because it was so close, and the sky was so clear, I should actually be able to see the craft, whatever it was. I then realized that under close scrutiny, when I looked just above the light I could actually see a star. This told me that the light must be on the upper part of the craft. So this gave me the idea of sorts of looking to the sides and below this light.

I was in disbelief when I found that I could actually make out other objects like the trees on the opposite side of the hill. At the realization of the fact that this light that I had seen so far travel across the sky and then to stop almost in throwing distance from me, actually had no body, actually made me a little nerv rattled.

I had actually been watching this thing intently for about 10 minutes or so by now, I wasn’t 100% convinced that what I was looking at was a UFO at this time. I was certainly wondering if this was the case and if that had been it I would probably never have known. As I said, as it was winter, it was bitingly cold, and this eventually won me over to get inside for a warm, leaving the strange light still hovering above.

I took, maybe 3 steps towards it and it shot through the sky in the direction from which it came. There again, was no noise. There was also, seemingly no acceleration as such. It went from zero speed, to what I can only describe as comet type speed. It was gone in a streak of light in about 2 seconds. It reminded me of a comet I saw when walking home from school as a child.

I know we will always have secret technologies ect but no way, have we gone that far. I saw a UFO. That is a fact.

No amount of crap about reflections etc from whoever could ever convince me in the slightest that I didn’t see what I saw. If only there wasn’t so many idiots in this world, claiming allsorts where ufos are concerned, maybe we would know the truth about how many are seen and how often. This happened to me about 20 years ago, and I still think about that night quite regularly.

This is the first time I have ever recorded this incident. It seems strange even now admitting this happened. I know now, that they exist. Yet I am still reluctant to believe other people’s stories.