Edge Of My Bed 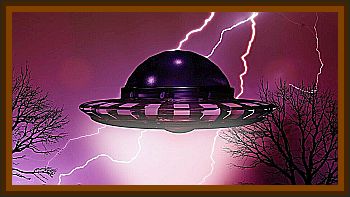 Okay, so it’s been some time since this happened.

My wife thinks UFOs are the figments of over active and unbalanced imaginations. But let me relate this to you anyway.

In 1969 I would have been in grade 6. One night, at about this time of year, certainly between Easter and the end of the school year, but I do recall that the days were becoming warmer, between midnight and 2:00 a.m. I was awakened by a peculiar whirring or whistling sound outside my bedroom windows. As I looked out I distinctly saw hovering just outside the windows a metal craft, lens shaped, silver in color with red and green lights around the rim. Since each window was about 18" wide and about 18" apart, I figured by the amount of the object which I could see, that it must have been about 6' to 8' in diameter and about 3' or 4' tall. It was clearly illuminated by the streetlight in front of our house, as well as by the lights on the body of the craft.

The object was obviously wider than the windows, and much of it extended to cover to a pair of windows in my parents bedroom, which was adjacent to mine.

I sat on the edge of my bed and watched the object in fascination, awe, curiosity and no small amount of fear for several minutes as it hovered there, not more than 6' from me. Several times I considered reaching for a Kodak Instamatic camera just out of arms reach, but withdrew when I became fearful of what sudden or unexpected noises or flashes of light might cause.

Boy, oh boy do, I wish now I’d taken the chance since that day I’ve seldom travelled without a camera and film on me.

After several minutes, the object rose out of sight over our house.

A few minutes later, I calmed down and went back to sleep. In the morning, I asked my parents if they’d seen or heard anything during the night, they hadn’t. My brother, who claims never to have believed in UFOs, for some months after that night talked about red lights on the roof of an apartment building across the street, who knows, maybe he saw something that night, too.

The day after this incident, another boy in my grade 6 class claimed that he had seen a flying saucer the previous night also.

To this day, I can’t figure out what compelled him to seek me out and volunteer this information.

This incident took place in Trail, BC. We lived in a suburb called Tadanac, located behind the city’s famous, or infamous, smelter. The other boy who claimed to have seen a flying saucer, lived in a community called Rivervale, which is located along the power lines which connect the Cominco smelter in Trail with the massive power generating facilities along the Kootenay River.

I speculated at the time that perhaps the craft had followed the power lines. I figured if I were visiting another planet, perhaps with less wasteful energy uses, I’d be mighty curious about why someone would want to generate so much power and move it 26 miles.