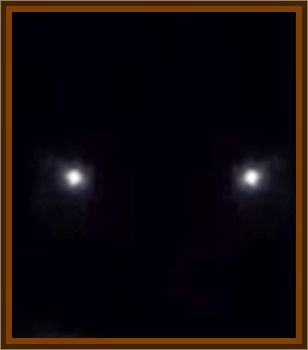 In the evening of July 13, 1986, in a mountain farm near Torpo the married couple Tova and Tonning saw two bright objects in the sky.

Mr. Tonning took a film where the objects were seen moving. The movie was analyzed by the ufological organization Ground Saucer Watch, GSW. According the GSW:

There is not evidence of a hoax, the motion of the objects was attribuible to the camera movement caused by the photographer, there is a lack of reference points in the photos or video tape, so it is not possible to give a conclusive answer on the nature of the objects.

Other experts identified the bright objects as Jupiter and Arcturus.