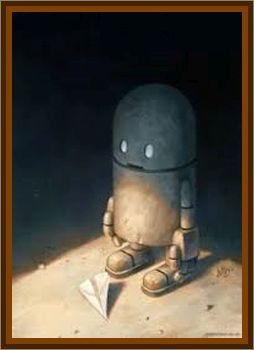 According to his story, Jerry Townsend, 19, a fledging radio announcer, was driving from Little Falls to Long Prairie at 7:40 p.m. on the night in question. At about four miles out of Long Prairie, he rounded a curve, his engine, lights, and radio went dead, so he braked his car. Ahead of him was a rocket shaped object, about 30' to 40' high and 10' in diameter, resting on three fins in the middle of the road.

Jerry got out of his car, walked toward the front fender, then stopped at the sight of three little, beer can shaped objects which came from under the ship and moved toward him. They were 6" high, walked on two fins, and when they stopped, a third fin came down in the rear.

He saw no faces, eyes, etc., and said they moved with a side to side waddling gait. They seemed to be watching him. After what seemed to be an eternity, they went under the big rocket, and disappeared into it. The object then took off. The colorless light which issued from the bottom of the rocket went out after it was airborne.

The object’s takeoff, Townsend said, looked like someone had lifted a flashlight off a table.

The wrap up on this case included inquiries to teachers and friends. Townsend got a clean bill of health as far as his reputation for honesty was concerned. After the object left, he drove to Long Prairie where he told of his encounter at the sheriff’s office. Sheriff Bain said via telephone that Townsend had a good reputation, was not a drinker, and that he had been visibly frightened when he reported his experience. Bain and Long Prairie Police Officer Lavern Lubitz returned to the spot where the object was reportedly seen, and found three parallel strips of oil like substance about 4" apart and a yard long, on the surface of the road.

I don’t know what they were, but I’ve looked at a lot of roads and never saw anything like them before, Bain told reporters later.