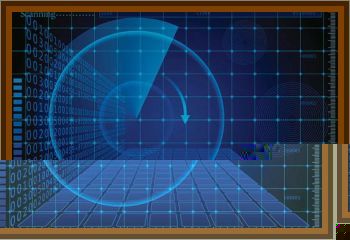 A target was picked up on scope #2, also subsequently found on the search scope #1. Goose tower was queried about possible aircraft in the area but gave a negative reply. Ground Controlled Approach was called, and a S/Sgt was asked to come over immediately.

When he arrived the target had disappeared after being observed for about five minutes. At 4:19 a.m. another target showed up and both men watched it 4:25 a.m. when it faded from view. Again, at 5:16 a.m., they sighted a target which faded into the ground clutter after about 4 minutes.

Targets were small but very clear. Alerted by the previous operator, the next operator at the GCA unit observed as many as three blips at one time. He recorded a speed of 30 mph for each blip with the objects moving into the wind or crosswind. One blip was described as a very strong target.