Flash On The Distant Horizon 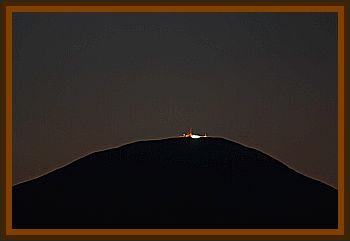 CAA Chief Aircraft Communicator Roy Messmore at Holman Municipal Airport saw a flash on the distant south east horizon then a growing pinpoint of a rapidly approaching object appearing as a silvery flattened tennis ball, when directly overhead disappearing to the north west after traveling from horizon to horizon in 15 seconds, no sound or trail.

Sighting by pilot Charles Warren at 5,000' flying west from Greencastle, IN, to Paris, IL, located east of Paris, about 5 miles northwest of Terre Haute, at 1:45 p.m. CST of silvery flattened orange appearing stationary at first to the left rear south east or east towards Holman Airport for a few seconds or longer.

Then Warren banked in a tight left turn to pursue the object when it picked up speed and headed off north east towards the south of Newport, IN.

These reports are Items #11 and #12 on the official clearance list. of 41 formerly classified Air Technical Intelligence UFO reports cleared for Maj. Donald E. Keyhoe by Albert M. Chop, Air Force Press Desk. Of special interest here is the fact that the first report was Case Number 985 of the 701 Unknowns listed by Air Force Project Blue Book. The Paris, IL, sighting that further supports the assertion that something unknown and shaped like a flattened sphere was observed, is item #12, but was not listed separately as an unknown.

On the last leg of the UFOs flight, according to official Air Force records, Project Grudge Status Report #4, the object then started to travel in a northeasterly direction south of the Newport, IN, Atomic Energy Plant.