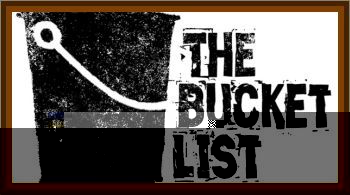 One of the things on my bucket list is to disclose information about a UFO that was seen hovering over Lajes Air Base on Terceria, Island, Portuguese Azores.

I did not personally see it, but from my position in the overlooking Headquarters building, I and others saw 500 Navy personnel in a ceremonial formation on the tarmac suddenly break ranks pointing skyward. A scurry of activity followed.

As the Base information officer, I fired off a message to the Military Airlift Command. The reply was disappointing. I was told in no uncertain terms to keep the sighting quiet. I was successful. In the 60s UFO sightings occurred to the extent of interfering with the mission.

On December 17, 1969, the Secretary of the Air Force announced the termination of Project Blue Book, the Air Force program for the investigation of UFOs.

From 1947 to 1969, a total of 12,618 sightings were reported to Project Blue Book. Of these 701 remain Unidentified. The project was headquartered at Wright-Patterson Air Force Base, whose personnel no longer receive, document or investigate UFO reports. My report, kept quiet, is not included.

I can recall that the only newspaper in Angra, Correio dos Açores, reported that:

Two guards on duty at the highest point of the volcano island, a weather station, described their encounter with two aliens, and their spaceship. The aliens appeared clad in silvery attire.

The guards said they were knocked unconscious by ray guns that streamed brilliant white beams. Otherwise, they were not hurt. The aliens were not diminutive, the guards said, but about 8' tall. Investigators found clear indentations in the volcanic soil presumably caused by the circular space craft.

I cannot vouch for the accuracy of my remembered descriptions. It was over 50 years ago. The most expeditious source of accurate information is to contact the Angra newspaper. The story and perhaps follow up information should be in their archives.

I found it intriguing that the Azorean waters is up to a 3000' deep. Good place to hide. The fact that no other sightings were reported at the time in the vicinity of the remote Azorean Archipelago have caused me to wonder.