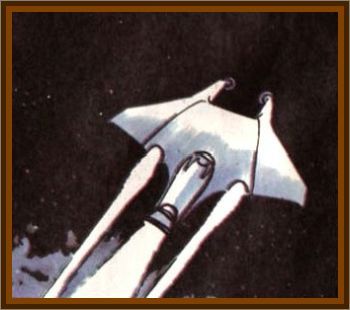 When I was about 10, I'm 38 now, my grandmother used to tell me about some UFO's her and grandpa used to watch.

I guess around 1950 to 1960, my grandmother lived in Mountain View, Missouri. She said they would go out at night and sit on the patio. They would look out above the outhouse and watch these strange lights, she said they had two lights side by side, with a third light like a tail, her description reminded me of a manta ray. She said that around a certain time of night, they would see one zip over and stop high above the outhouse. Soon after, another one would come zooming up next to it. The two UFO's would sit there for a few seconds next to each other. Then all of a sudden, one would shoot off one way, then the other would shoot off the other way. After a few minutes, one would zip back to the same place then the other one would show up.

She said it looked like they would sit there and talk, then zoom off, then come back and start over again.

This occurred weekly, if not nightly.

I've always wondered if anyone else had heard about this in Missouri.