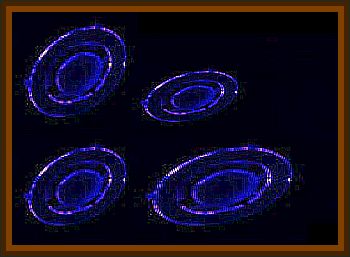 A UFO sighting in southern West Virginia has been reported that not only presents multiple witnesses of the objects in question but also the witnessing of multiple unidentified flying objects during the sighting.

It was reported October 17 that ten men working at a coal plant in Marmet, WV, saw the four flying objects as a collective.

Three of the UFOs were massive, the size of football fields. They were all flying extremely low to the ground, and deathly silent.

It was quiet all around, according to the reporting witness. The plant had shut down. The guys had just finished some pipe repairs and were leaning against their vehicles.

One of the guys pointed at the sky.

What is that? he asked.

Everyone looked up. The first of what would be 3 huge flying objects was headed toward them.

We all looked up and saw a triangle shaped object outlined in white lights the size of a football field coming up the hollow from the southwest, Beckley, WV area, the witness reported.

It might have been 300' to 500' above us. It was moving very slow and made no noise. We watched for about 3 or 4 minutes as it disappeared over the trees.

After these three went by, a small object with lots of red flashing appeared at the end of the line formation. They were all headed northwest towards Charleston, WV.

The reporting witness said that all the guys were amazed that there was absolutely no sound, no noise whatsoever coming from the UFOs, especially as close as they were, and their sizes. And it all took place in the space of 15 minutes.

So what did the ten men see? Could it have been a case of group or mass hallucination as some will surely suggest?

Or is there a reason UFOs, whether manmade, alien, or faux, were traveling between Beckley and Charleston, West Virginia in mid-October?

A question was posed that, given so many witnesses, why did not one of them capture an image with a cell phone camera? Karen King of the Appalachian UFO Research Society suggests that in many areas of West Virginia cell phone reception is limited and/or sporadic, which might account for the absence of phones and, therefore, photos of the four UFOs.

Two weeks prior to the Marmet UFO sighting, a couple in Elkins, WV, reported a low flying massive triangular shaped UFO, according to International Business Times.

Flat black, it blocked out the stars in its passage. It had three lights, a dim white one and two orange hourglass shaped lights. The couple that filed the report noted that the UFO had no distinguishing control features, like a canopy or windows, and as they moved toward it, it seemed to move toward them. The reporting witness said it was not military or a regular aircraft, because he was familiar with their general characteristics.

And most remarkable of all, instead of flying away, the UFO simply disappeared, as if using a cloaking device, the witness said.