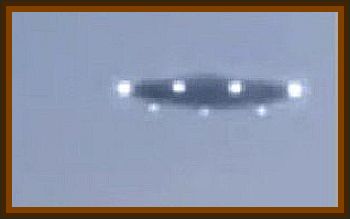 He might be concentrating on his college work, but Chris Moran is also wondering if we really are alone in the universe.

On 2 occasions on Monday night the 17 year old spotted strange lights in the skies over Swindon. It was at 8:55 p.m. when he made his first sighting.

We were walking out the back of Cricklade Road near some open ground and out of the corner of my eye I saw it for just a few seconds. There was this oval shaped object, quite bright, hanging in the sky. It was really odd. As I turned my head to look at it, it reacted like it had been seen, and it zoomed off.

Chris turned to his friends but they all insisted that they didn’t see it. But just over an hour later there could be no doubt in their minds.

I was in town near Eastcott Hill and I saw it again, and this time so did the others, said Chris. It looked like it was just a few hundred feet up. All the guys saw it and so did one man who had come out of a pub. It was incredible, but I cannot begin to think what it was.

It was oval again, a bit like a rugby ball, completely silent, and then traveled off so fast, it would have been impossible to estimate its speed. I cannot believe I have seen this object twice in one night. Other people must have seen it.

Chris is confident what he saw was not an aircraft, helicopter or an astronomical object such as a shooting star.

It seemed far too fast for anything I have ever heard of and it was silent, there was no rumbling or anything, Chris stated.

A spokeswoman for the Ministry of Defense said they had not received any reports about UFO sightings over Swindon on Monday evening. She said:

The MoD examines any UFO sighting reports it receives solely to establish whether there is any evidence to suggest that UK airspace has been compromised by hostile or unauthorized air activity. Unless there is such evidence the MoD does not attempt to positively identify what was seen.