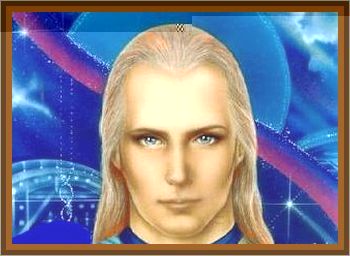 Between 1965-1989, Ms. Jane Doe, insists that she was visited by a 5' tall alien with shoulder length blond hair who wore a skin tight membrane suit.

Originally the visits, which began when she was just 12, were relaxed and even loving, but by the time they ended she says she was terrified.

Despite the outrageousness of what she says, or the fact that there where no witnesses throughout these 24 years, Jane is adamant.

Suzanne, who works in a major department store, says she was, on one occasion, taken to the less conventional surroundings of a spacecraft and shown the interior, making contact with little grey infants who never seemed to grow up. She would never forget her first sighting of a spacecraft floating perhaps 2' above ground in a field in the Cheshire countryside.

Communication wasn't a problem. According to her accounts the creature did not need to learn a language, preferring to rely on telepathy.

It was only when the alien, named Myriko, visited her after the breakdown of her marriage that the nature of these visits became more sinister. She tells of a fateful night when, taking her to his spaceship, the creature used mind control to engineer a close encounter of a different kind involving the hapless Jane and two other humans, a vagrant and prostitute. Calling it a nightmare would be the easy way out but the fact is that it was real, no dream, she says.

Her horror increased after the discovery a month later that she was pregnant. Frightened and confused, part of the problem lay in the fact that she was unable to tell anybody else, she claims. A few months later, what she says takes another bizarre twist. While at home alone she began experiencing terrible pain from pressure in her lower abdomen. The pressure was crushing and becoming very painful, I opened my eyes and there was Myriko.

Telepathically, of course, he told her not to worry, and his people were merely taking what was theirs. She passed out and after waking up realised that her clothes were soaked with blood and it looked like she had suffered from a miscarriage. Despite stabbing pains she resisted the temptation to call her doctor. Once again life went quiet and it appeared that the pregnancy had been terminated.

Finally the creature who had caused this much suffering to Jane returned. Myriko, she says, led her to his craft once again and showed her what appeared to be a nursery. There was an infant entity lying in a nearby cot, grey skinned and frail. It was her child.

Suzanne added: Somehow I knew that thing had come from my body, I also knew that it had been removed from inside my body in the night of Myriko's last visit.

She last says she saw her child several years ago, during Myriko's final visit, when she was 39 years old.

Cheshire and Merseyside do have a large number of sightings. We think that is because we are near the sea so when the military test their prototype planes they can crash into the sea if anything goes wrong and they will not be found.