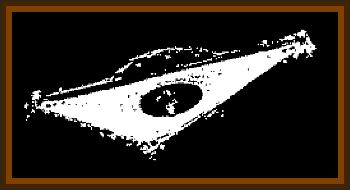 From October 1989 throughout 1990, hundreds of reports of lighted objects, frequently described as enormous and triangular in shape were recorded in Belgium. Air Force supersonic F-16 jets chased these strange objects, which were simultaneously tracked by both airborne and ground radars.

The Belgian Government cooperated fully with civilian UFO investigators, an action without precedent in the history of government involvement in this field.

From October 1989 throughout 1990, hundreds of reports of lighted objects, frequently described as enormous and triangular in shape were recorded in Belgium. Air Force supersonic F-16 jets chased these strange objects, which were simultaneously tracked by both airborne and ground radars.

The Belgian Government cooperated fully with civilian UFO investigators, an action without precedent in the history of government involvement in this field.

The Chief of Operations of the Royal Belgian Air Force, Colonel Wilfred De Brouwer, now Major General and Deputy Chief of the Belgian Air Force, set up a Special Task Force Unit to work closely with the Gendarmerie to investigate the sightings as soon as they were reported.

Among the thousands of witnesses were many military and police officers, pilots, scientists and engineers. The wave was documented by the Belgian Society for the Study of Space Phenomena, SOBEPS, a private organization from Brussels, which published 2 thick volumes on the UFO wave.

The first important case was a multiple witness observation of a strange aircraft, reported by gendarmes on patrol near the town of Eupen, not far from the German border. Auguste Meessen, professor of physics at the Catholic University in Louvain and a scientific consultant of SOBEPS, summarized the case:

On November 29, 1989, a large craft with triangular shape flew over the town of Eupen. The gendarmes von Montigny and Nicol found it near the road linking Aix-la-Chapelle and Eupen. It was stationary in the air, above a field which it illuminated with 3 powerful beams.

The beams emanated from large circular surfaces near the triangle’s corners. In the center of the dark and flat understructure there was some kind of red gyrating beacon. The object did not make any noise. When it began to move, the gendarmes headed towards a small road in the area over which they expected the object to fly.

Instead, it made a half turn and continued slowly in the direction of Eupen, following the road at low altitude. It was seen by different witnesses as it flew above houses and near City Hall.

Sightings continued to be logged by SOBEPS and the Gendarmerie during the fall and winter of 1989-1990. Most witnesses described seeing dark, triangular objects with white lights at the corners and a red flashing light in the middle. Many of the objects were said to have hovered, with some of them then suddenly accelerating to a very high speed. Most of the objects made no sound, but some were said to have emitted a faint humming like an electric motor.

Public interest in the wave reached its peak with a radar/visual and jet scramble incident on the night of March 30-31, 1990. This scramble was seen and reported by hundreds of citizens.

A preliminary report prepared by Major P. Lambrechts of the Belgian Air Force General Staff was released to SOBEPS. The report concerning the observation of UFOs during the night of March 30 to 31, 1990, includes a detailed chronology of events and dismisses several hypotheses such as optical illusions, balloons, meteorological inversions, military aircraft, holographic projections, etc.

The incident began at 10:50 p.m. on March 30 when the Gendarmerie telephoned the radar master controller at Glons to report 3 unusual lights forming an equilateral triangle. More gendarmes confirmed the lights in the following minutes. When the NATO facility at Semmerzake detected an unknown target at 11:49 p.m., a decision to scramble two F-16 fighters was made.

The jets took off at 12:05 a.m. from Beauvechain, the nearest air base, on March 31 and flew for just over an hour. According to Major Lambrecht’s report:

The aircraft had brief radar contacts on several occasions, but the pilots at no time established visual contact with the UFOs, each time the pilots were able to secure a lock on one of the targets for a few seconds, there resulted a drastic change in the behavior of the detected targets. During the first lock on at 12:13 a.m. their speed changed in a minimum of time from 170 to 1,100 mph, and from 9,000' to 5,000', returning then to 11,000' in order to change again to close to ground level.

The Electronic War Center, EWC, of the Air Force undertook a much more detailed technical analysis of the F-16 computerized radar tapes, led by Col. Salmon and physicist M. Gilmard. Their study was completed in 1992 and was later reviewed by Professor Meessen.

Although many aspects of this case still remain unexplained, Meessen and SOBEPS have basically accepted the Gilmard-Salmon hypothesis that some of the radar contacts were really angels caused by a rare meteorological phenomenon. This became evident in 4 lock ons, where the object descended to the ground with calculations showing negative altitude… It was evidently impossible that an object could penetrate the ground, but it was possible that the ground could act as a mirror.

Meessen explained how the high velocities measured by the Doppler radar of the F-16 fighters might result from interference effects. He points out, however, that there is another radar trace for which there is no explanation to date. As for the visual sightings of this event by the gendarmes and others, Meessen suggests that they could possibly have been caused by stars seen under conditions of exceptional atmospheric refraction.

In a recent interview, Major General De Brouwer summarized his reflections on this complex case:

What impressed me the most were the witnesses, some of whom I know personally and convinced me that, in fact, something was going on. These were credible people and they told clearly what they saw.

We always look for possibilities which can cause errors in the radar systems. We can not exclude that there was electromagnetic interference, but of course we can not exclude the possibility that there were objects in the air. On at least one occasion there was a correlation between the radar contacts of one ground radar and one F-16 fighter. This weakens the theory that all radar contacts were caused by electromagnetic interference. If we add all the possibilities, the question is still open, so there is no final answer.

The Belgian UFO wave yielded a rich volume of good quality cases and many videos and photographs. One strikingly clear photograph of a triangular shaped craft was taken at Petit-Rechain in early April 1990. As of 1994, it remained unexplained after numerous analyses, including a thorough computerized study at the Royal Military Academy.

Although public interest in the Belgian wave reached its peak in the 1990/1991 period, SOBEPS was still documenting cases in late 1993. Marc Valckenaer listed the main characteristics of the Belgian UFOs in the latest SOBEPS study. Various shapes such as round, rectangular and cigar were reported, but the wave was dominated by triangular objects. Some of their characteristics included:

Displacement following the contours of the terrain. Varying speeds of displacement, including very slow motion.

Overflight of urban and industrial centers.

Because the bulk of the Belgian sightings described triangular shaped objects, many European and American researchers and journalists speculated that these were caused by either F-117A stealth fighters or some other revolutionary U.S. secret military aircraft. However, the only truly unusual characteristic of the F-117 is its near invisibility to radar and infrared detection, it looks, flies and sounds like any other sub-sonic jet airplane.

Similar claims about the presence of other American advanced airplanes are even harder to substantiate, the A-12 Avenger II was never built, and the existence of the TR-3A Manta is unconfirmed. Neither has even been rumored to be able to fly in the manner reported for the Belgian UFOs.

Despite the fact that the secret military aircraft hypothesis has been denied officially over and over again by the Belgian Ministry of Defense and Air Force, as well as by the U.S. Embassy in Brussels and the U.S. Defense Intelligence Agency, some publications continue to champion the stealth fighter theory.

In a letter to French researcher Renaud Marhic, the Minister of Defense at the time of the UFO wave, Leo Delcroix, wrote:

Unfortunately, no explanation has been found to date. The nature and origin of the phenomenon remain unknown. One theory can, however, be definitely dismissed since the Belgian Armed Forces have been positively assured by American authorities that there has never been any sort of American aerial test flight.