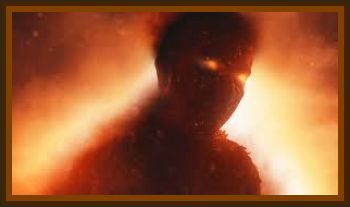 I had an experience about 15 years ago which, up until now, I thought was supernatural in nature.

It wasn't until I saw an episode of a TV show about aliens that described events that took place on an island in Brazil in the 1970's that I started to question the nature of my experience.

People living on the island were attacked by glowing balls. My experience was very similar.

Now, I believe that it was an alien encounter.

I have never told anyone, ever, about this experience, because it was just too weird and hard to describe. I will do my best.

Firstly, the reason I thought the experience was supernatural was because a the time I was participating in a healing group and we were experimenting with multiple energy healing modalities and prayer. So, I thought this was related to that activity.

Anyways, late one night, I was wakened by a buzzing in my room. There were no lights in the room, other than a glowing ball. It looked like a million tiny fireflies. The ball measured about 18" in diameter.

It was flying around my bedroom, bouncing off the walls, in an irregular pattern. Then, the ball came towards me, very quickly, and hit me directly in the chest. It hit me so hard that I fell back on the bed. The feeling I had was just like when your foot falls asleep, pins and needles and very intense.

My mind struggled between wondering whether I should relax and allow this to happen, I thought perhaps it was healing energy that my friends and I had somehow invoked, or to struggle and fight back.

After about 5 minutes, I came to a decision and the clear thought:

I want to live.

Erupted in my consciousness. As soon as I had that thought, which somehow felt like it came physically out of my heart, the ball of light left me and the bedroom. I have never been visited by it again.

Also, I was living near the sea, just like the Brazilians on the island affected by the attacking balls of light. However, my experience was not harmful. Perhaps, they have adjusted the strength of their alien X-rays? Seriously, I don't know what it was, but the experience was very real.