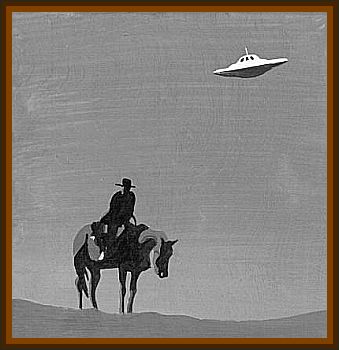 As they were riding, they saw a bright light in the sky that disappeared. Puzzled, but not too alarmed, the two kept on their journey.

A while after, they saw the light again, this time much closer to the ground.

The two lawmen rode on to investigate. According to the account they gave to the Hot Springs Sentinel, they rode until their horses refused to go any farther, dismounted and drew their weapons.

Walking around the ship were several men, all shining lights while another filled a sack with water. Sumpter and McLemore asked the men what they were doing. A bearded man, holding a lantern, came near the policemen and told them that they were traveling through the country on an airship.

The presumed pilot of the airship asked if the two lawmen would like to ride in the ship, saying that he could take us where it was not raining.

We told him we believed we preferred to get wet.