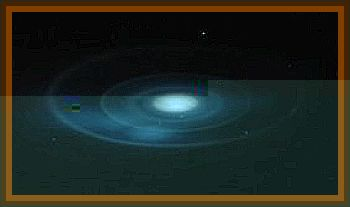 The objects on both occasions appeared out of nowhere and for 30 seconds went straight and continued while making zig-zag up and down movements and later disappeared. The object was the shape of a white orb projecting lights. The object of the second sighting was very likely to be the same as the first. This sighting was very interesting.

Our representatives observing the F-16s all night have witnessed a very strange happening. An object appeared behind the F-16 and started making unusual maneuvers. The object would come from behind the F-16 then pass it and after holding a distance from the F-16, it would then come to a full stop.

As soon as it came close to the F-16 , it would accelerate and make a distance between itself and the F-16, then it would wait up for the F-16 to get closer. This sighting took place for 2 minutes.