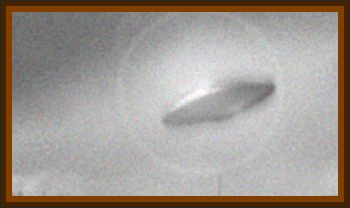 I was getting off the bus from the airport, I looked up and I told my dad: Look that's strange.

We were looking at this craft and it was moving up and down and from side to side, and then stayed put for a couples of minutes and then moved again and start doing the same maneuvers again for about 10 minutes.

I figure that the altitude was about 6,000' to 7,000' high. It was the size of a big watermelon and shiny. We were still looking at it when from zero forward speed, took off with no sound and in a blink of an eye went eastward leaving a long contrail.

We heard a loud excited cry, there was a soccer game with almost 100 people watching the game and they saw the craft very close to them and they saw it move to the location where we first saw it. They told us that it was flying in between the soccer field and the mountains at about 500' off the ground.

I have been flying since 1973 and never seen anything like it.