UFO Observed Approximately the Size of a Suitcase, and Silver in Color 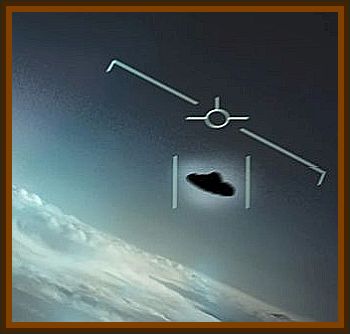 New details have been released about encounters between U.S. navy aircraft and unidentified aerial phenomena after the Pentagon declassified 3 videos last month.

Hazard reports from the Navy Safety Center, reveal an incident where a pilot encountered an unknown aircraft which was approximately the size of a suitcase, and silver in color.

During the encounter in March 2014, a navy jet passed within 1,000' of the object but could not work out the identity of the aircraft.

The pilot attempted to regain visual contact with the aircraft, but was unable, the report said.

The documents follow the release of 3 short videos recorded by navy pilots in November 2004 and January 2015.

In one video, a dark circular object is seen flying in front of a jet, while another shows a small object speeding over land. The final video clip shows a circular object moving quickly before appearing to slow down.

A voice in one of the videos can be heard saying:

There's a whole fleet of them.

They're all going against the wind. The wind's 120 knots to the west. Look at that thing, dude.

UFO enthusiasts were already aware of the videos, which had been circulating online, but it was the first time the Pentagon had released the videos officially.

The newly released documents seem to identify a number of the aircraft as drones, or unmanned aerial systems, UAS.

In one incident from June 2013, an aircraft was spotted that was white in color and approximately the size and shape of a drone or missile.

But when local drone operators were contacted, none said they had knowledge of the aircraft.

The documents warn it could be only a matter of time before a navy aircraft collides with an unidentified drone, saying they pose a greater midair risk than manned aircraft.

Another incident report from November 2013 described an aircraft which had an approximately 5' wingspan and was colored white with no other distinguishable features.

Due to the small size, the aircraft was determined to be a UAS, the report said.

The Pentagon used to study aerial encounters with unidentified objects but the program shut down in 2012.

Nick Pope, who previously investigated UFOs for the Ministry of Defence, told Sky News the footage shared by the Pentagon could be something extra terrestrial but he did not have a definitive explanation.

Assuming we're not dealing with a combination of pilot misperception and forward looking infrared camera anomalies, which is unlikely, as a lot of this was captured on radar too, there are very few options, he said.

U.S. black project technology being blind tested against the military as part of the evaluation process, a Russian or Chinese drone engaged in reconnaissance, or something genuinely unknown and yes, perhaps even extra-terrestrial.