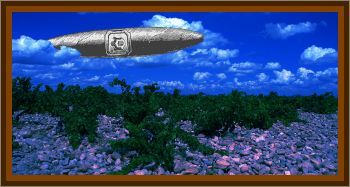 Ben a 38 year old man was out searching for fossils in the remote Sturts Stony Desert, with a female companion. Ben told the woman to stay near the car, because she was unfamiliar with the area, while he searched wider afield. When he was about 2 miles from the car, he was suddenly approached by two beings that were only about one 3' height. They were human looking in many respects, with short hair, but with elongated heads at the rear. The length of their arms seemed much shorter than usual. Their faces were normal but they spoke in a rapid, unintelligible fashion. They were wearing silver suits.

They beckoned him to follow, and they came to a silver colored craft shaped like a hot dog roll, about 25' long and 7' high. Ben could not understand how he had not seen this object before.

The beings beckoned him to enter and he bent down to do so. While small from the outside, inside the craft was vast. Apparently inside of the object, space meant nothing. There were many other similar beings inside, apparently female. Ben was offered a drink. Frightened to refuse, he drank it and passed out. When he regained consciousness he was lying on the floor of the craft. The two beings were still with him. He gained a sense of having being rejected for some purpose, and felt ignored. He was very disturbed by what he saw next.

Two Caucasian-looking girls, apparently human, dressed normally, perhaps aged about 9 and 12, were in something like a cage. They seemed to be in a trance. Presently, the open doorway appeared again and he stepped out. He found himself on the desert ground again and simply walked away.

Back at the car with his companion, he discovered an hour and a half had gone by. He was very unsettled by this bizarre experience.