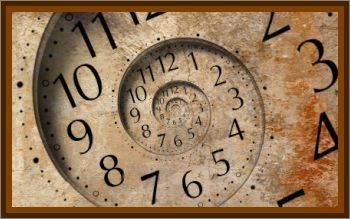 Doctor of technical sciences, N.F. Kusov was staying at his dacha in order to finish a manuscript he had been working on. As he sat in his study he noticed an uncommon light shining from outside, apparently from behind some trees. He decided to go investigate the source, and saw at about 100' from the light a cigar shaped object, 25' in length, sitting on the earth in a clearing at a 45° angle.

Kusov approached to within 15' of the object, which emanated a beautiful orange light with different tints. As Kusov approached even further he suddenly felt his insides bursting open, he realized he was being enveloped in a low frequency, 7Hz field.

The vibration of this field is capable of destroying any living organism. Kusov took several steps back, and the discomfort passed. He approached again and the same thing happened. At this point he noticed, to his consternation how the rays of the sun seemed to be absorbed by the surface of the object, seemingly entering what it appeared to him as a black hole.

Shaken by what he had seen, Kusov walked back to the dacha but suddenly broke into a run towards the object, which still sat on the ground, again he could not approach the craft due to the high degree of discomfort. Then the object rose above the earth to about 10', and then shot away vertically.

Interestingly, Kusov felt no shockwave emanating from the object’s liftoff. Shocked he stood around for 5 minutes then frightened walked back to the dacha. There he looked at his wristwatch and was astonished to see that almost 5 hours had passed and he thought he had only been outside for 30 minutes.