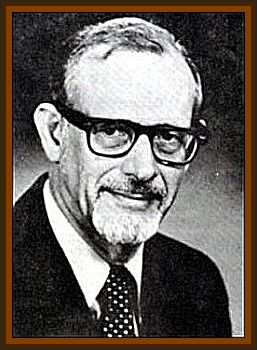 Leonard Stringfield's research goes public. 60 volumes of meticulous UFO research over 30 years by the late Ufologist Leonard H. Stringfield were donated to the Mutual UFO Network, MUFON, according to an announcement by MUFON Executive Director David MacDonald who spoke at the organization's annual symposium.

The news of Stringfield's work surfacing and in MUFON's hands now had been kept secret prior to the 8:00 p.m. announcement as one of two blockbuster UFO discoveries that the group was to make at the Cincinnati event.

Stringfield (1920-1994) was an American ufologist who worked with government and private agencies to track UFO reports and had a special interest in reports of crashed objects. MUFON Pennsylvania State Director John Ventre, reacting by telephone just minutes after the announcement, said MacDonald touched on just some of the written evidence compiled by Stringfield.

In those 60 volumes we have government interference, the FBI and CIA stopping the ufologists at any cost, Ventre said. He names Donald Rumbsfeld and President Ford as being briefed on UFOs by J. Allen Hynek. He talks about UFO investigators being beaten or receiving death threats. He names heads of state that knew. He even has actor Jackie Gleason's contact information in there. There is a lot of explosive information in there.

Media stories from the past suggested that President Nixon had shown Gleason an actual alien body.

Ventre said that MUFON plans to digitize the files and make them available to researchers in the future.

The subject of UFOs first caught Stringfield's attention on August 28, 1945, just three days before the end of WWII, when he had his own encounter as an Army Air Force Intelligence Officer en route to Tokyo with 12 other specialists from the Fifth Air Force.

The group was approaching Iwo Jima at 10,000' with a sunlit sky.

I was shocked to see three teardrop shaped objects from my starboard side window, Stringfield wrote. They were brilliantly white, like burning magnesium, and closing in on a parallel course to our C-46. Suddenly our left engine feathered, and I was later to learn that the magnetic navigation instrument needles went wild. As the C-46 lost altitude, with oil spurting from the troubled engine, the pilot sounded an alert, crew and passengers were told to prepare for a ditch.

I do not recall my thoughts or actions during the next, horrifying moments, but my last glimpse of the three bogies placed them about 20º above the level of our transport. Flying in the same, tight formation, they faded into a cloud bank.

Instantly our craft's engine revved up, and we picked up altitude and flew a steady course to land safely at Iwo Jima.

Stringfield walked away from the event frightened about what he had seen, and later heard independent reports from other witnesses that caused him to take a more serious look at UFOs. He created Civilian Research, Interplanetary Flying Objects, CRIFO, and published the monthly newsletter, ORBIT. The newsletter caught the media's attention and soon his paid subscribers swelled to 2,500, becoming the world's largest civilian UFO research group of its day.

Then on September 9, 1955, the Air Defense Command, ADC, Columbus, OH, called on him for cooperation in passing along current UFO reports. The Ground Observer Corps, GOC, in southwestern Ohio was asked to call Stringfield with UFO activity and he was asked to call the ADC to report the better sightings.

In 1957, Stringfield became the public relations adviser for the National Investigations Committee on Aerial Phenomena, NICAP, a new civilian UFO reporting group operated by Donald Keyhoe, a position he held until 1972.

In the 1970s he began collecting witness accounts of crashed UFOs that included accounts of alien bodies. He went on to publish seven reports on this material until his death in 1994. He served as director of public relations and as a board member for MUFON. He was a regional director for the J. Allen Hynek Center for UFO Studies. He was an advisor to Grenada Prime Minister Sir Eric Gairy during efforts to establish a UFO research agency within the United Nations.

He published his first UFO book, Inside Saucer Post 3-0 Blue in 1957. Other books followed.

His most famous, Situation Red: The UFO Siege was published in 1977 and subsequently translated into several languages. Later, he published seven reports on UFO Crash/Retrievals. The latest, Status Report VII: Search for Proof in a Hall of Mirrors, was published in February 1994.

In his private life, Stringfield worked for DuBois Chemicals, a division of Chemed Corporation, Cincinnati. He died on December 18, 1994, in his sleep one day after his 74th birthday after a long battle with lung cancer.