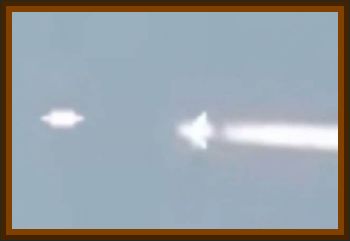 In the fall of 1957, shortly before the Sputnik satellite went up, I was in front of our house in St. Paul when I heard the roar of F-89s.

The F-89 was an all weather, 2 seater, twin engine fighter interceptor based at the main airport. With its very loud J-35 jet engines, they never or rarely ever flew at low altitudes over the metro area. It wasn't unusual to hear them take off, but it sounded as if the noise was lasting longer than usual.

It was about 7:00 p.m., and already dark, before the Daylight Savings Time era. I couldn't positively identify the planes, but there was nothing else located there which made that much noise. The military areas of the airport also hosted F-80s, T-33s, C-47s, C-119s, Navy Phantoms, P2V Neptune sub hunters, helicopters, and miscellaneous others, none of which made such a horrendous racket. Commercial jets were not yet using the MSP airport except for 1 French twin engine jet which came and went, one day, as part of a sales mission.

After a while, I looked up and saw a row of red hot exhaust pipes, or exhaust, and navigation lights all westbound, coming from the East at perhaps 5,000'.

It looked like a string of firey brands. They were making one heck of a racket, and I took them for the F-89's. Then I noticed a bright light in the sky, brighter than Venus in the western sky, except this light was in the wrong place to be Venus, it was southsouthwest from me at an angle of almost 45°, and hanging nearly over the airport. At first I thought it must be some kind of expensive, well done prank. Then I thought it might be a helicopter with intensely bright lights. Finally, I noticed that the planes appeared to be headed straight for the object.

The object remained in place as if it had all day to make up its mind if it were going to move or not. Finally, it did begin to move, slowly at first, towards the southwest. The jets adjusted course to the southwest.

Then the object picked up more and more speed, and finally turned off its brilliant white light, and sped away. It was still barely visible for a few moments after it switched off its light, and had a dull, glowing orange appearance, and had some small white lights around the main body. The jets followed in that direction, and eventually disappeared. All the noise finally stopped. I ran into the house and checked all the TV channels expecting to see a report on the object chased by the F-89's, but there were no reports. Nothing. Just your typical Ozzie and Harriet, Gunsmoke.

Then I finally sat down to read the evening paper. On the front page was a small article which said:

Mystery Object Sighted Over RAF Base. A mystery object was sighted today over one of Britain's RAF bases, but when pursued, it doused its light and sped away.

I cut out the article and posted it on the bulletin board in our high school science class, explaining that I might have seen the same object.