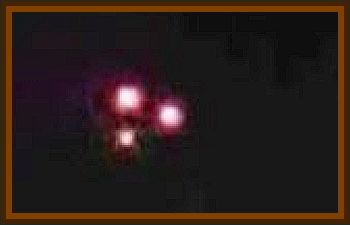 We were driving back from a volleyball tournament in Perth. It was a beautiful clear summer evening, there were 4 of us in the car, I was sitting in the front passenger seat, and I think we had just passed Stirling when I noticed a strange object directly above the motorway in front of us.

I asked the driver if he could see it and he said he could. I then asked him if he’d ever seen anything like it and he said he hadn’t. It was hard to tell exactly how big the craft was or how far away. My best guess is that it was a bit wider than the wingspan of a small 2 seater aeroplane, and that it was flying at no more than a few hundred feet above us. It certainly wasn’t anything like as high as a passenger jet, more like the height you see helicopters flying when you can still see the pilot inside. Because it seemed fairly close, we were able to get a very good look at the craft as we approached it and then passed underneath. It appeared to be very flat as we couldn’t really see any height to it at all, all we ever really saw was the triangular underside of the craft. It must have been either hovering or travelling very slowly since we appeared to catch up with it and pass underneath it in much the same time as we would have if it had been standing still, we were probably travelling at about 80 mph. I remember I actually asked the driver if he knew which way it was moving and he said no. I remember the shape very clearly and apart from the T bar at the front, the rest of the craft was completely uniform and triangular. The craft was totally black, there were no markings of any kind that we could make out, there appeared to be no source of propulsion, and we couldn’t hear any noise at all as we passed below, although being in the car it’s not clear whether we would have been able to hear anything anyway.

All 4 people in the car saw the craft, although the driver and I probably got the best view as we were sitting in the front. The whole sighting would have taken no more than minute or so from the moment we first saw the craft until we had driven so far past it we couldn’t really make it out anymore. There was a fair amount of traffic on the motorway at the time so I would guess that many others must have seen it as well.