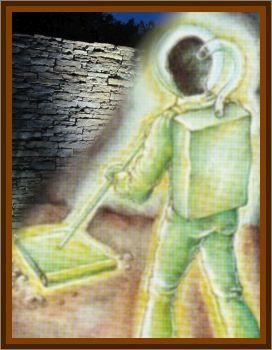 Around 2:00 a.m., a man and a woman in Steuben, who had been involved in a previous UFO encounter a week earlier had another encounter with aliens. They watched 6 or 7 humanoid beings with glowing green belts, similar to those they had seen the week before. Two of them had glowing gray belts, and one of the witnesses saw two normal sized human figures that glowed a silvery white instead of green. After observing them for an hour they woke a third witness, who saw only blue/green lights.

When they shone a flashlight beam on one of the figures it disappeared, but reappeared when the light beam was removed. It gradually became very foggy, so at 4:30 a.m. they went to bed, but the first two witnesses thought they could hear the sound of a woman screaming 3 times, and then a door slamming. They experienced headaches and ringing in their ears. The third witness, who heard a noise like someone chiseling rock and a high pitched chirping sound, did not suffer from a headache.

They saw no UFOs that night, but there were other reported sightings in the area on subsequent nights.