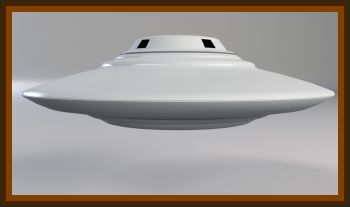 In 1950, Eastern Oregon, I saw one silver, oval shaped disk hover for approximately 2 or 3 minutes before quickly accelerating away.

It was a hot August afternoon in Eastern Oregon. I was 8, and was climbing a fence between the barnyard and the yard of our farmhouse. As I got to the top of the fence I looked up and saw an oval shaped disk in the southeastern sky. It appeared silver, and very shiny, but was hovering, not moving. I remember smiling, as I was happy to see it because there had been talk in our little town, but nobody believed in UFOs.

It was far enough away that I didn’t hear any sound. Had it been an airplane I would have heard it, but nothing. I watched it for as long as it was there, but I think it was only 1 or 2 minutes, not long.

When it left, it seemed to go pretty much straight up, and very fast. I watched for awhile longer, but didn’t see anything further, nor did I ever again.

I didn’t tell my parents until much later in my life. My mother was disappointed I didn’t tell her at the time, as she would have liked to have seen it herself. She was a scientist, and a believer.