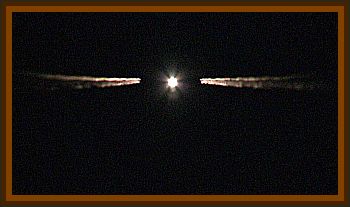 Mintz is a small crossroads community in Sampson County, some 5 miles west of Roseboro, NC.

No one would even know its name if it weren't for the frequent sightings of a ghost light along the nearby railroad tracks in the early 1960s.

For a time, as the older residents tell it, the appearance was so routine that it became Mintz's first, and last, tourist attraction.

Witnesses describe it as a small, bobbing light, like someone swinging an old lantern.

There isn't much documented folklore behind this particular light, although it seems to be another variant of railway death in the same vein of the Maco and Vander legends.