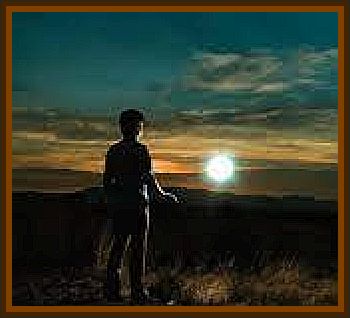 Just learned what these are, so I thought I’d share my story.

In the summer of 1993 I was backpacking with 3 friends in the San Gorgonio Wilderness Area of southern California. Our second night was spent on the northeast slope of Mt. San Gorgonio. As we were climbing in to our sleeping bags I noticed a bright bluish/white light to the southeast of us, uphill.

The light appeared to be about 500' away and approximately 3" in diameter. This light source appeared to bounce across the top of a ridge, reverse course, and then bounce back to the other end of the ridge.

Overall it was visible for about 10 seconds, then it abruptly disappeared.

Upon conferring with my friends I learned that one of them had seen the light just as I had. Another had been lying in his sleeping bag, looking up, and had seen a similar light at the peak of the tree under which we were sleeping.

The next day we walked up to the ridge where we had seen the light. On the other side of the ridge was a sheer cliff, dropping several hundred feet. The ridge itself was sparsely forested and, aside from the view, there was nothing noteworthy about it. We found no possible light sources.

The ridge is at an elevation of 9,960'. There were no visible roads or highways from the ridge.