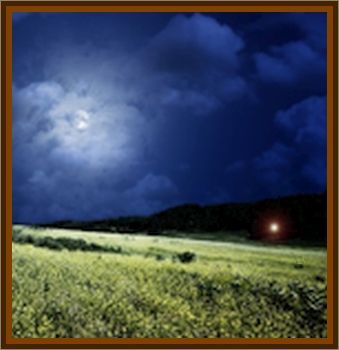 In the late 1870s, a woman named Mrs. Wallace burned to death in her home on a 160 acre farm just south of the tiny Catholic community of St. Mary's.

Since that time, a glowing red and orange fireball 15" to 20" in diameter has been seen skirting the perimeter of the farm, which came to be owned by a family named Storz.

One local farmer, Orval Berning, spotted the light as he was walking home from a card game in the wee hours of the morning. Floating along the fence line, its bright glow perfectly contrasted with the newly fallen snow. He sometimes saw the light from the window of his farmhouse, nearly a mile away.

Stranger still, in 1947 an Indianapolis man named Roy Whitehead claimed to hear a voice emanating from the St. Mary's light as it hovered above the road.