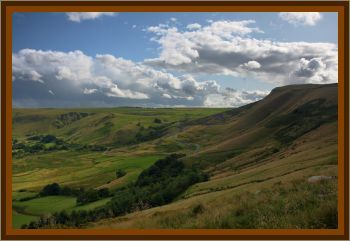 The appearance of mysterious lights above marshland gave scientists a ready explanation during the age of reason. Methane and other marsh gasses, they said, created by rotting vegetable and animal matter bubbling up through the bogs, when ignited could produce wispy flames and balls of fire which flit about and, when carried by air currents, startle unsuspecting rustics. Newton connected marsh gas with the ignis fatuus in 1730, and the theory held good for a number of centuries.

In 1980 Dr Alan Mills, at Leicester Universitys Department of Geology, decided to scrutinize the evidence and found it wanting. Using laboratory conditions he consistently failed to reproduce a will-o'-the-wisp type flame using methane, phosphene or other substances suspected as contributors to the chemical soup in marshland.

What is more, he could not find any other natural spark which could ignite gasses produced from rotting vegetable matter. Whatever the will-o'-the-wisp was, he concluded, it was not a product of marsh and their gas.

And he also ruled out other natural electrical phenomena, like St Elmos fire, ball lightning and luminous insects as having any part in the production of the phenomenon.

Few of the reports of spooklights collected, especially those from the Peak District, come from marshy areas but rather from mountains and rocky gritstone uplands. The rapid, playful movements of the lights which people see, and their longevity, suggest they are possessed of some kind of low order intelligence, or react to subtle changes in the air, magnetic field or environment which are not obvious to the human observer.

In folklore the will-o'-the-wisp often appears as mischievous fairy or evil spirit who misleads travelers from their safe paths into treacherous bogs, a motif well known on Dartmoor where persons who become victims of the lights are said to have been pixie led.

Turner, writing in 1901, described a region of marshland near Longnor in the upper part of the River Dove, where at twilight there is a flickering light to be seen moving as one moves, it has given rise to many tales of belated travelers having been beguiled by it and led into the swamp, where their bodies remain, and from whence their boggarts arise at night to caper and dance all over the countryside, to the terror of the inhabitants.