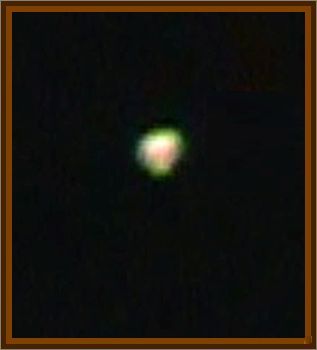 The story is back in the horse and buggy days, two brothers were out for a ride. One brother fell off and the wheel decapitated him. The light is the lantern of the other brother looking for the head. The brother is with his lantern passing one row at a time in the corn. If you go when the corn is down, you will see a light come towards you. If the corn is up, the best time to go, you see the orange/red glow from the lantern at the end of a row. It will move through the row of corn and you can see the light above the corn. It slowly moves to the end of the row and back to the start of the row. Then it will move up one more rows. You can watch the light come closer and closer one row at a time. What you are supposed to do is drive down the lane, turn around and drive back down it, turn your car around, park it and flash your lights 3 times and then shut them off. Then you will see the light cross the road.

This guy was in the mafia and people were looking to kill him. It was his daughters birthday and she wanted to go out and have fun with her friends. Her father didn't want her to go but he let her anyway. The story says that he told her to flash the light 3 times and he would come and get her. That way he knows it isn't the mafia that is coming to kill him. Now, if you go to the road and flash your brights 3 times, drive down to the end of the road, turn around, and flash your lights 3 times again he will come out and look for you. There will be an outline of a man in a old robe walking with a lantern swinging back and forth, and the light goes from orange to red to yellow and veers off into the cornfield.