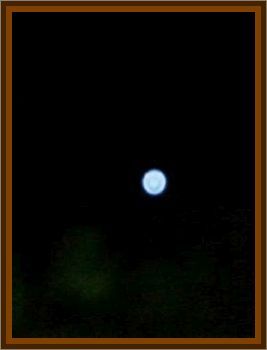 On the west side of Graceville, there is a spot where you can look up the old railroad bed and see two strange lights that appear at unpredictable intervals almost every night. Legend says the lights are the unhappy ghosts of a man and woman who were hanged from the railroad trestle over 100 years ago.

To see them, head west on State Highway 2 across Holmes Creek into Holmes County and turn left onto St. Johns Road. Pull off the side of the road and walk back east on Highway 2 a short distance to the old rail bed. From that point, if you look up the old railroad into Graceville and have a little luck, you will see the lights. You have to look for them from the Holmes County side of the line, but the lights themselves are in Jackson county.

The ghost story behind the Graceville lights revolves around the all but forgotten 1910 hangings of Hattie Bowman and Edward Christian. The two had been arrested on charges related to the murder of Deputy Sheriff Allen Burns, who had gone to Bowman's home while investigating the theft of a gold watch from a Graceville merchant.

Residents of northwestern Jackson County were infuriated by the murder of Deputy Burns. A large group of people forced their way into the jail on the night of September 2, 1910, and dragged away the prisoners.

Graceville, Fla., Sept. 3 - Dangling from a trestle just outside the town, this morning, were found the bodies of Ed. Christian, charged with shooting Deputy Sheriff Allen Burns, and Hattie Bowman, who had been arrested on the charge of being implicated in the crime.

The mob had taken Christian and Bowman to the trestle over Holmes Creek, tied nooses around their necks, tied the other ends of the ropes to the trestle ties, and kicked the two off the bridge. No one was ever arrested for their murders.

Two strange flickering lights have been seen ever since from the point where the railroad crosses the road just west of Graceville. The lights are best seen in the winter, when the leaves have fallen from the trees, and first appear as a bare flicker, then grow in brightness briefly before fading away. Legend holds they are the ghosts of Hattie Bowman and Edward Christian, still seeking justice, years after they died.