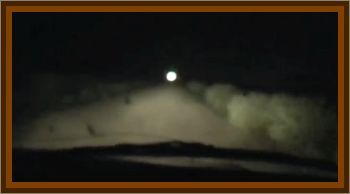 There are many theories as to what has caused the appearance of The Crossett Light. Several local folklore stories attempt to explain that the light is caused by ghosts. One of the stories tells that a drunk man was dismembered when he could not move off the tracks in time, his head was separated from his body and he spends countless nights searching the tracks for his head. Another legend tells the story of a young couple who cared for each other deeply. Rose Marie & David lived beside the new railroad, that led to a little tent town of Crossett, in a little hut of 2 small rooms, a small kitchen, and a large bedroom. Each night, they sat on the side of the railroad and waited for the coming of the train from the county seat of Hamburg.

One night, David told Rose Marie that he had gotten a job on the tracks. The railroad people were good to him and allowed him to catch the train that ran in front of their house each morning. Rose Marie had gotten into the habit of walking with him every morning and every night no matter what the weather. For 6 months she did this. It finally became winter, but she still waited on the little mound of earth next to the tracks. One night, she had fallen asleep as she was waiting on the mound. It was about 10:30 p.m. when the train showed up. She stood up and looked to the back of the train to see her beloved David ready to jump off. Something must have happened because he dropped his lantern. The trail next to the tracks could be very tricky at night. David put his right foot down and swung loose from the train. He ran a few steps before he tripped over a limestone rock. He stumbled and hit his shoulder against the train. He tried to grab for the train but fell completely. The whole time, Rose Marie had been screaming and running towards the tracks. They found her cradling her husband's headless body, screaming for his head. Even after they had buried him the next day she was still screaming, I want my David's head!

The night after the funeral, she took a lantern and began looking for his head. She has done this every night since. Some evenings she doesn't look for his head. Some say that she is tiring from her vigil, because, I mean, she is nearing 100 years of age. But can we really say it is her that is searching? Isn't it possible that this is her ghost, today, looking for David's head? Is it even still her? We cannot say for sure, because not many people have actually seen her, in person, since her husbands accident. There are some scientists and people who believe that it is not Rose Marie or her ghost. Some believe there are scientific reasons for the light.