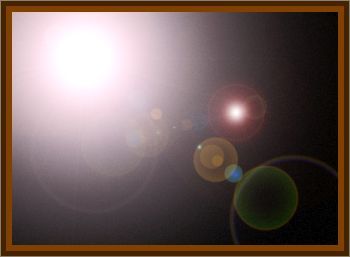 In the early to mid 1800s, a wealthy landowner named Charles Jones lived in the Cole Mountain region of Moorefield, in Hardy County.

Jones was an avid raccoon hunter, and often took his favorite, and most loyal slave hunting with him. One night, the two men were out on Cole Mountain, when the hunting dogs bayed as if they had treed a coon. Jones told the much younger slave to run along head with the lantern and find the dogs.

As the young slave reached the dogs, he noticed that his master was no longer behind him. He searched desperately until dawn, when he decided to go home and seek additional help.

The slave himself organized a search party of local citizens and officials, and together they searched for over a week.

Jones' body was never found, but the slave, who was very fond of the master who always treated him with dignity and kindness, refused to give up hope. He continued searching long after the rest of the town had given up.

Upon the one year anniversary of his master's death, the young slave took up his lantern one last time, and headed toward Cole Mountain to search for any sign of his master. The slave was never seen nor heard from again.

Shortly after the disappearance of the slave, locals began reporting a ball of light hovering up and down the side of the mountain at night. At first, the light was reported as being yellow, and then as orange, and finally, as being red in color.

Hundreds have witnessed this ghost, or spook light, but the light seems to display characteristics unlike any other spook light on record. The light, while being able to be viewed by anyone, seems to seek out raccoon hunters in particular.

The light seems to also have a sentient quality:

It has been known to follow, and even lunge at hunters in the area. Most peculiarly, the light is said to occasionally emit a loud screaming sound.

One group of hunters who experienced the screaming and the light buzzing towards them actually fired three shots at the light before fleeing down off the mountain.

The lights can still be seen, and are best viewed off of Highway 55.

Numerous explanations have been brought for to account for this phenomenon, but those in the area truly know that the light comes from the lantern carried by the long lost slave who desperately searches in vain for his master.