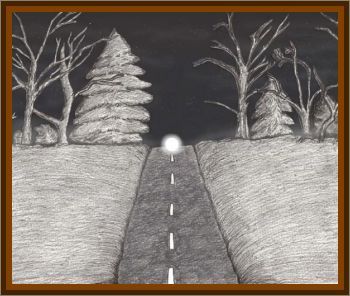 The Cogdell Light appears near the Okefenokee swamp late at night.

It's visible on a dead end road that paralleled the old train tracks. Drivers go into the woods and turn off the car, then flash their headlights to call the light.

Then, a greenish yellow glow seems to come out of the woods and head straight for the car. Some say this is the ghost of a man who was decapitated in a train accident, carrying a lantern and looking for his head.

Others say it is the lantern carried by the ghosts of two lovers who snuck away together after they were forbidden to meet, and were shot by one of their fathers who mistook them for robbers.