Legends of UFO Crashes at Spitzbergen 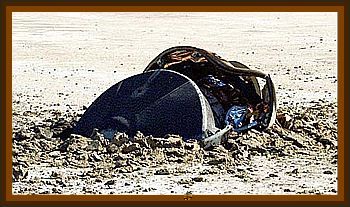 The 1946 case, more than anything else, is memorable for its characters.

In 1946, General James H. Doolittle was sent to Sweden by the Shell Oil Company, supposedly to investigate the mystery of the Ghost Rockets.

Why an oil company would investigate UFOs is beyond my understanding. Unless they felt they could strengthen their profits somehow.

Somehow, he supposedly wound up in Spitzbergen. There are a number of internet sites which claim that there was a short lived article published in America of a UFO crash in the Norwegian city about this time. Some people claim to have seen the article. The really odd thing about the tale of this case is the question must be asked what does Doolittle have to do with anything, since he is only mentioned as being in the area, and that is the end of his involvement.

The only redeeming part of this particular case is that it was reported by Dorothy Kilgallen, celebrity for her years appearing on the What’s My Line? TV game show. She claimed that someone in the upper echelon of the British government informed her that a UFO had crashed near Spitzbergen, and was under investigation by the British and American military.

Supposedly, this informant was Lord Mountbatten.

In addition to being a game show regular, Kilgallen also was a journalist of a sort, having written gossip columns, but she also was well known for covering hard current events. She had covered the headline grabbing Lindbergh kidnapping story. In the 1950s, she had covered one of the top stories of her time, the Sam Sheppard murder trial.

Her last real claim to fame was in the 1960s when she got an interview with Lee Harvey Oswald killer Jack Ruby. This interview was carried by the Los Angeles Examiner. She told friends that she had information that would break the case wide open.

On November 8, 1965, Dorothy Kilgallen, was found dead in her New York apartment. She was fully dressed and sitting upright in her bed. The police reported that she had died from taking a cocktail of alcohol and barbiturates.

The notes of her interview with Ruby and the article she was writing on the case had disappeared. Luckily, she had given a friend a draft of her interview. Kilgallen was probably fearful for her own life, since several other writers who had worked on the Oswald/Ruby case had died under unusual circumstances.

Kilgallen’s reputation and notoriety was the only thing that kept the weak story of the Spitzbergen crash of 1946 alive. The last hope of further research into the Norwegian crash died along with her, as her sources were never verified.

The other Spitzbergen crash story first appeared in the German newspaper Saarbrücker Zeitung in June 1952. The article, entitled: Auf Spitzbergen landete Fliegende Untertasse, was soon picked up by several other German newspapers, with many of them citing The Stuttgarter Tagerblatt as the original source.

The story was that jets of the Norwegian Air Force spotted a crashed UFO while flying over Spitzbergen on maneuvers. The craft was disk shaped with a series of jets around the rim of the disk to make it spin.

According to the first article about the crash, the craft was an unmanned, remote controlled vehicle with Russian writing on the controls, but as the story was embroidered with each retelling, it soon acquired 7 alien crewmen who were burned to death in the crash.