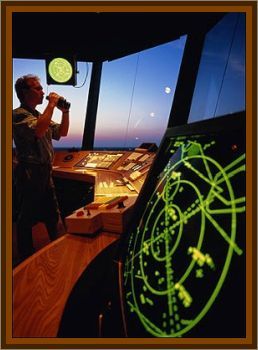 Location: Spanish Airspace, 25,000' Altitude over the Island of Ibiza

The crew members, either 4, 6 or 7 depending on the source, and a minority of the 109, other accounts said 119, Austrian and German passengers on a Caravelle jet, flight number 297, operated by the Spanish T.A.E. airline company. The pilot was Capt. Javier Lerdo Tejada, 54,other accounts called him 34, with 15 years experience and 8000 hours of flight time logged. The co-pilot was Francesco Rodríguez Zuazu. The plane was en route from Salzburg, Austria to Tenerife in the Canary Islands.

The following all observed by: The pilot of an F-1 Mirage interceptor, In the air, 15 air traffic controllers at the Barcelona tower, forty people on the ground at the Valencia airport, including the airport's director, Sr. Marlan.

The all observed two large red lights separated by a fixed distance as if they were attached to a single body. One account had each light appear to be 3 times the angular size of a star, and of great brightness. When the lights carne close to the plane, the pilot estimated that the overall UFO was much larger than a jumbo jet. It was also noted that the lights did not seem to spin.

A Barcelona controller contributed the manner in which the case began. The UFO was seen coming straight toward the plane from a distance of 10 miles. The pilot nervously asked the controllers, is there anyone else in the area?

He was informed there was not. Then he asked to climb to 29,000' as the UFO was following him. It travelled around him and paced the plane. After climbing 5000' at the maximum safe velocity, the pilot was amazed to see the UFO pulling ahead of him again at 3 times his speed. Then it maneuvered all over the plane, behind it, alongside of it and above it, coming as close as an estimated 500'.

What is happening, the pilot asked fearfully.

The controllers replied: Do you want a fighter escort?

Yes, yes, please. It is impossible, this situation. Tejada replied.

Warning the passengers to fasten their seat belts, Tejada took evasive action by putting the plane into a steep, 14,000' plunge. Within seconds, the UFO was on the plane's tail. Later, the pilot would assert that sophisticated, long range Pegasus radar systems in Madrid observed two targets descending 12,000' in 30 seconds after the jet, something no plane I know can do.

Tejada swung the plane to the right and was surprised to see the UFO dance around him. The lights ascended and descended what appeared to be thousands of feet in seconds. One account had the ground radar track targets at speeds up to 2,500 mph, but remember the crew saw only one object with two lights. The UFO was seen visually to execute incredible sharp turns, disappear on the plane's right and reappear on its left. Again, the pilot dropped the plane from its 15,000' altitude to 5000'. It was here that they lost sight of the intense red lights about 30 miles from Valencia at 10:08 p.m. Total sighting duration was 21 minutes.

The plane then deviated from its intended course, landing prematurely in Valencia at 10:25 p.m.

A Barcelona controller told the press that 15 workers in the tower all saw four UFOs in the area on radar before the Caravelle jet appeared. When Capt. Tejada told them he was being followed by one object with red lights, Barcelona ATC told him there were at least 3 more in the sky. The controller claimed that one UFO hovered 9000' above the plane as it landed for one minute and departed at an alarming speed.

It was also claimed that the UFOs were zooming all over the airspace above Barcelona for three to four hours afterwards.

A police report said that two UFOs hovered over Valencia's military base, another over the airport terminal and a fourth over the landing strip.

Passengers from the plane claimed they could see the UFOs over Valencia Airport for two hours after they landed, a claim corroborated by the director of the airport.

The Spanish Air Defense Command at Los Llamos, Albacete province, then launched an F-1 Mirage interceptor sometime around 10:15 p.m. to 10:25 p.m., after the Caravelle landed, to intercept the UFO(s).

Most accounts have the interceptor return to base after only ten minutes, another account quotes Capt. Tejada saying it returned after one hour and ten minutes. The pilot supposedly took photographs while in the air, but these are restricted to the secret military inquiry.

Reportedly, several citizens in the Valencia area also reported seeing similar UFOs, and one newspaper ran a picture taken from the ground.

Not all of the passengers claimed to have seen anything unusual. Indeed, 58 of the 109 passengers signed a petition asserting that the pilot made up the UFO story to cover up the fact that the plane was not airworthy. These passengers were initially upset that the flight was four hours late in departing from Austria. Yet ground crew personnel checked out the plane when it put down in Valencia, and declared it to be in perfect condition.

An elderly male passenger sitting in a window seat collapsed when he saw the lights.

Capt. Tejada told the press: I was never so glad to touch Mother Earth in my life. Extremely frightened by the three near misses during the sighting, the pilot asserted that he really didn't think we'd make it. I only know that it was a devilishly fast thing, with a terrifying capacity for maneuvering.

Co-pilot Zuazu added: There was a real danger we would all have been killed. We thought the object was going to wipe us right out of the sky.

Tejada claimed to have spoken with the pilot of the Mirage jet, noting he was frightened because there was no way he could catch it and it totally outmaneuvered him.

The Minister of Transport and Communications, Sanchez Teran, personally interviewed Capt. Tejada and called for an official investigation of the matter.

He told the press: I am prepared now to believe that unidentified Flying objects do exist.