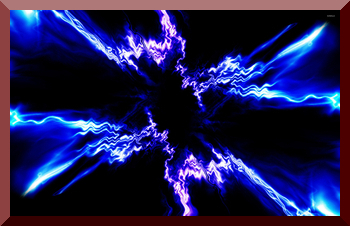 The Center of the Universe is a little known mysterious acoustic phenomenon.

If you stand in the middle of the circle and make a noise, the sound is echoed back several times louder than it was made. It’s your own private amplified echo chamber.

As the legend goes, a foghorn could be going off in the center of the circle and those on the outside wouldn’t hear it. This may be an exaggeration, but your voice does sound extremely distorted when heard from outside the circle. It’s an incredible effect.

A similar acoustical vortex located in Lake George, NY, seems to defy the laws of physics.

The effect is thought to be caused by the sound reflecting off a circular wall, in this case a nearby planter.

Behind the Lake George visitors center there is a circular platform with a painted blue map of the lake and a compass pattern etched in. In the exact center of the circle two metal rails cross each other in the middle of the map, forming a literal X that marks the mystery spot.

Stand here and you’ll witness a strange natural phenomenon that seems to defy the laws of acoustics.

If you stand in this exact spot, facing the lake, and start shouting, you’ll hear your own voice echo back to you as if from another dimension. Only you can hear it, and only in this precise spot.

The acoustical phenomenon will make your voice sound tinny to your own ears, while the other visitors around you will wonder why you are standing around shouting or singing opera. Only when they stand in the direct center as well will they too hear the effect.

Theories range as to how the mystery spot works its wonders. Some say your voice is bouncing off the curved semi-circular stone wall, while others point to the position of the lake and mountains. The most intriguing explanation is a local Native American legend, which holds an ancient god appeared long ago at this spot and his wisdom still echoes around the lake. Regardless of the reason for this acoustical mystery, the Lake George Mystery Spot remains one of the best kept secrets of Lake George, hidden in plain sight.