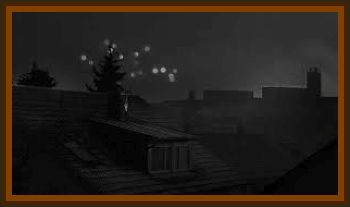 Another mass sighting of UFOs in Los Angeles has happened.

And no I'm not talking about the giant light in the sky on Friday.

I’m talking about a Fleet Of UFOs witnessed Over Los Angeles.

We and the public gathered with a group of over 40 people as we have been doing for 2 years. We attempted a meditation to contact UFOs telepathically so we may witness them and present them to the public that joins us for free at our meetups as well as present them to the world through the media who helps report our findings.

Well this day when we meditated, someone in the meditation during their telepathic contact attempts asked for a Fleet/UFO formation, and you wouldn’t believe this unless you were there, but right after the meditation session was over literally just minutes after, Danny a spectator from the group saw something that stunned him with shock, then proceeded to notify the rest of us on where to look so we could observe the aerial anomaly as well.

What we saw were these set of objects coming out of a chemtrail haze opening in the sky, this beauty of a sighting was 12 strange riveting orbs that flew out of the haze opening and then continued in front of it descending in beautiful patterns and formations.

You can hear in the footage that everyone else in the group of over 30 of us that gathered that day soon starts to see the objects and react to the sighting with the amazement and surprise of this intelligent group of objects as they traveled out of a chemtrail and flew in intelligent displays of their ability to interact, ways we know our best jet fighters can’t event do. I filmed it with my Canon T3i at 600 times zoom, which is because of a 300 times Canon scope attached to a double amplifying Barr to get as closest I could and film the clearest shot of this anomalies witnessed that day over the skies of Los Angeles.