Trumpet Sounds From The Sky 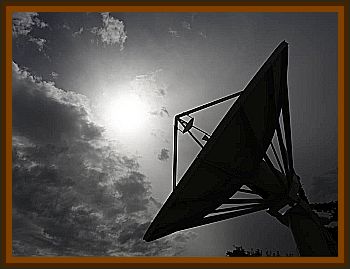 The sounds that people hear are actually man made. They are the results of experiments being made by the U.S. military with the specific purpose of testing the public’s reaction to what might occur should they see formations of UFO’s in the sky. The military is testing people’s reaction to strange events.

Now, the way that these sounds are made and projected is as follows:

In sound laboratories, engineers have been tasked with making recordings of the most aggressive and never before heard sounds.

They are created by combining a number of sounds from different sources.

Then they are taken high into the sky with rather special flying craft that the U.S. military have developed that has cloaking capabilities so that they are invisible to the public.

Then, using high powered amplifiers, the sounds are directed towards Earth from hornlike devices that concentrate and focus the sounds on relatively small areas.

As was said, it is a rather primitive experiment by the U.S. military to test the public’s reaction to strange phenomena coming from the skies.

Unfortunately for the military, the vast majority of the public are living in their own little bubble of consciousness and reject these sounds as unreal, and so their imagination just blocks them out and so they do not hear them.

Only a relatively few people are awake enough to have their consciousness in tune with these events so only a few actually hear them. And most of those people do not panic.

Thus the U.S. military are coming to the conclusion that a holographic invasion of alien space craft would, quite simply, not be noticed by the vast majority of the world’s population.

Thus they would need to find another means of capturing the public’s attention to implement their plans.