Abduction Somewhere Between Columbus And Mansfield 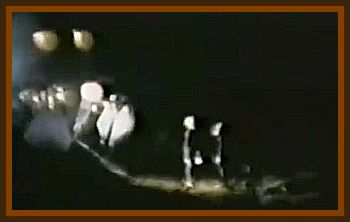 The exact details, such as the date and location are uncertain.

Perhaps that is because it came during an absolute wave of UFO and humanoid sightings throughout 1973, particularly the second half of the year.

As the witness drove along Interstate 71 in Ohio in late September, he noticed a strange light following his vehicle. He believed he blacked out shortly after spotting the light, as the next thing he knew, his location had changed, yet the car was still speeding along the road with him behind the wheel. He would gather his thoughts and continue on his journey.

Only when he realized that he couldn’t account for an hour of missing time did he seek hypnotic regression.

According to his regression sessions, shortly after the strange light had appeared behind his car, he turned off the main highway and on to a lonely dirt road. He didn’t know why he was doing so. It was as if his actions were being controlled.

He noticed three entities surrounding his vehicle. He then saw a large UFO descending toward them.

The next thing he knew, he was on a table with the strange beings all around him. They were conducting various experiments on him and examining his body. One of them placed a device near his head, and an intensely bright flash assaulted his eyes.

His next memory is of waking in his speeding car, back on the main highway.