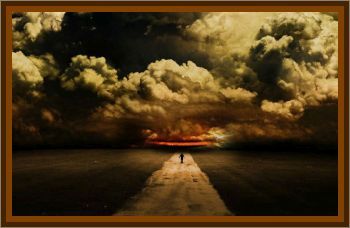 UFO watchers say Russia’s resort city of Sochi could be a galactic hub for visitors from another planet. One man says he has evidence of hundreds of UFO sightings.

If you point the camera to the sky in Sochi, you can easily catch a glimpse of alien spaceships, says local UFO watcher Vladislav Karabanov. From the terrace of his home he has captured more than a hundred such incidents. Most are decent quality, since they were shot using high definition cameras. Unfortunately, the objects on tape move very fast and disappear shortly before hitting the ground or sea.

Vladislav says he might have already been in touch with visitors from outer space.

If I’m not being mistaken, the mere possibility of seeing and filming these objects, the way they appear, and move, and finding where their portals are is considered by ufologists to be second degree contact, Vladislav explained.

To get feedback from other UFO hunters, Vladislav has set up a website.

Vladislav is positive that the area around his home, and the summit of Bytkha Mountain in Sochi is being used by extraterrestrials as some sort of a gateway between worlds. Vladislav says for centuries this area was considered sacred by the local tribes.

The Ubykhs believed that mount Bythkha is a holy place, so they’ve built a sanctuary here. There seems to be some kind of different energy that can be felt, and it’s something that you cannot feel anywhere else, the man stated.

Aleksandr Semenyuk is a professional cameraman and documentary film director. Before watching the tapes he was skeptical, but after viewing, he was less convinced they ware fake.

What’s the speed here? Is it all in real time?” Akleksandr is apparently surprised.

The object is clearly three dimensional, judging by how it reflects the sunlight from one side and the sea from the other.

So, actually, we can't see any kind of retouch here, any kind of montage, any kind of Hollywood special effects, nothing is here, so it could really be a UFO. But I think it could also be a frisbee. So you really can't say is it made at home or is it really on tape, Andrey said.

As skeptics and optimists argue what’s real and what’s not in the Sochi videos, the man behind the lens wants to zoom even further into his theory of the portal, even if it takes days of filming, and hours of analyzing the shots.

While Vladislav Karabanov continues his research, he is trying to get closer to the mystery of the sightings. He hopes someday the resort of Sochi will not only be known as an Olympic city, but also the first center of UFO tourism.