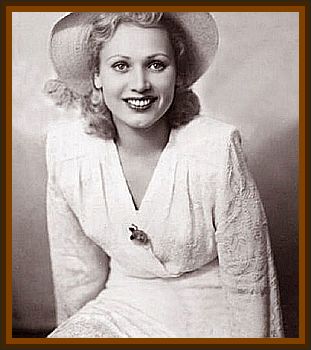 Lydia Nikolayevna Smirnova, a biology teacher and her husband were vacationing in the area and had gone to the banks of the River Vyatka to have a swim. While her husband swam, she sat on the river bank, tanning under the rays of the sun.

Her husband began yelling something at her, so she jumped up and tried to run towards him but at that same moment a dense gray cloud enveloped her completely and she felt herself rising into the air. The ascend lasted about 2 minutes and then some force pushed Lydia into an armchair, she was obviously already inside some type of object. She could not move her arms or legs since they appeared to be chained or manacled.

Finally the misty cloud dissolved and Lydia found herself in a large dome shaped room. In the upper section of the room she saw window or portholes, positioned in a cross shape. In the center of the room she saw a tetrahedral column, made of material resembling marble. The sides of the column were separated by squares and their contours emitted light. Smirnova’s attention was focused on a black square in which she saw terrestrial, or what appeared to be Arabic symbols or figures, lighted by a green light. The floor of the room was covered by a gray material that emanated warm heat.

Lydia then saw a 6' tall man very thin of a swarthy complexion, with piercing penetrating dark eyes, placed within deep sockets. The stranger had very long arms and a bizarre pair of ears that stretched to the back of his head, his dense long black hair could not hide his huge ears. Lydia noticed that he had unusual fingers which had four phalanxes. When the alien noticed Lydia’s astounded glance he seemed to grin in amusement.

The man was dressed in a dark blue suit and a black shirt. On his feet he wore strange boots, resembling felt boots, cutoff at the top. The man was working on something near a narrow table which contained numerous instruments. Behind the table there was a large screen on which Lydia saw a familiar scene that of the Magadan hills where she used to live previously. Nine other smaller screens were positioned on a side wall.

Where I am? she asked as calmed as she could.

The humanoid then turned a switch or handle and on one of the nine screens Lydia saw in large Russian letters:

Behave yourself and be quiet. We will not harm you.

And next she read the text saying that they had come from another galaxy, more specific, a planet called Oymizi, the name which could be translated to the terrestrial language as: We and you.

She was then told that in general there were 10 other galaxies in which intelligent life was present, it was not very clear to her.

Don’t lie to me, suddenly said Lydia, You are Americans. Immediately return me to my native Soviet Union.

But the alien ignored her demands. The long armed alien was busy and kept working near the control panel, and seemingly didn’t hear her request. She then read on the screen:

You will answer our questions, and then we will return you back to Earth.

Lydia was stunned, she was still paralyzed, chained by her hands and legs by invisible handcuffs and she believed and didn’t believe what was happening at the same time. But she decided, being brought up patriotically with Communist ideals, that if these foreigners tortured her she would die as a Zoya Kosmodemyanskaya, or like a great Komsomol Hero of the Great Patriotic war against the German fascists and never reveal anything about her country.

The screen then impassively asked:

Give your surname, name and patronymic.

Smirnova pondered the question and answered.

Other questions were given which were inoffensive and harmless which she answered.

Do you like buckwheat with milk or prefer pelmeni? (A Siberian meat dumpling).

What do you feel when you drink sour milk?

Then, without any transition to another topic, the screen informed Lydia that they had arrived from the 5th galaxy while Earth was in the 4th one. That intelligent life on the other 10 galaxies was carbon based, albumen, but at different levels of development.

The screen then asked:

How do you humans explain the origin of life on Earth?

Confused and not knowing what to say, Lydia began to babble something about Darwin’s theories and suddenly asked herself:

The screen then answered:

You, humans are our creation. We created you, after we gathered original material from several other galaxies. We experiment with the races.

Next she read what appeared to be a very complicated mathematical theory on creation which she could not understand. And then she read of the screen:

The word God is the code, in terrestrial words it means approximately:

Blessed is who gave out harmony.

In genera, continued the aliens, God is the super mind or superintelligence. There are other Universes, but there is only one Super Mind.

Gathering all her courage Lydia then addressed the screen:

What kind of energy do you use to overcome such huge distances in space?

During only several earthly hours, we use the energy of substances, which you, humans do not know. These substances are deposited inside Earth, at very tremendous depths. They are deep under the surface in several areas, Southwest Australia, Rocky Mountains in America, South Africa and the Verhoyanskiy Mountain ridge in Yakutiya.

And why are you not afraid of telling me this information? asked Lydia, still thinking that she was in the midst of some type of American mind washing plot.

She then read on the screen:

You humans must live for thousands of more years before you will be able to get to the places in which these substances are imbedded. In general you do not know what is inside the bowels of the Earth. You may drill deep holes into the earth core but still not know what is inside; any mistake might destroy your civilization. If we think is necessary we will help you. But in the meantime you continue to amaze us by your aggressiveness. We who created you did not expect such behavior.

Is there life on Mars?

And she then read on the screen:

Life on Mars existed once upon a time, in ancient times. But when the planet collided with an asteroid it was wiped out. The remnants of soil and ash can be found under the layers of melted stones. Planet Mars had water in various combinations.

Then the long armed alien, using the screen as a medium proposed to Lydia:

Sure, I do replied Lydia immediately.

In the next moment she saw an image of a large alien city on the screen. The city had identical 3 storied buildings. Many of its inhabitants stood on broad streets.

The public transport resembled strange cabins or wagons. She saw bright flowers and strange bright green trees on the lawns.

Then the long armed alien pressed a lever and Lydia saw a deep armchair with various instruments appear. The invisible handcuffs around her legs and arms vanished and an invisible force led her to the new armchair. And in a moment something seemed to click inside her head and Lydia saw the image of a female friend, Lilia Yashina who had died in 1958 in the Magadan area under mysterious circumstances after witnessing a UFO, in which she suffered a very strong pain in the back of her head.

The image of Lilia then vanished and Lydia began to cry as she did when she was a child in 1958, begging the aliens not to remove anything from her brain.

The tall alien then grabbed a shiny device and distinctly pronounced several words in his own language. At that same moment a hatch opened on the floor of the craft and two other alien men climbed up to the room from somewhere below. Both men were blonde haired, with eyes and beautiful features, and very similar in appearance almost like twins. They were dressed in cherry colored suits and were very similar to humans except that they had white very pale faces, though with pink cheeks. Looking at Lydia in a kind manner.

The two new aliens began to reproach the long armed humanoid. One of them then pointed a long green tube at Lydia and she then saw herself naked on the screen. Then the aliens show her places on her skin where viruses have appeared and procreated.

The other blond twin then descended down the hatch and brought back with him a flat plate or saucer in his hands. On the plate Lydia saw a substance similar to cottage cheese.

The blond then took an ordinary knife and separated the cottage cheese into four parts. They then ate their part and on one of them then stretched her part to Lydia and on the screen it read:

Eat this. This would cure you.

At first Smirnova was afraid to eat it but then she swallowed it.

The substance had a very pleasant taste, dissimilar to anything on Earth. Then the long armed humanoid placed a cowl on Lydias head resembling a motorcycle helmet. And in the next moment Lydia was again enveloped in a strange mist or fog. It seemed for Lydia as if the rug had been pulled from under her feet. She looked around her and saw a forest, and the other side a highway with many cars. Nearby several people stood on a bus stop. Lydia walked over to them and asked:

Something had happened to me, where am I?

Those present explained to her that she was 7 miles from the city of Novosibirsk in western Siberia, thousands of miles from where she had been originally taken.

Someone gave her money and she arrived to the city where she immediately contacted the local Militia.

To her amazement they believed her story and they called the village of Botym and spoke to her husband. She was then sent back to where her husband was, the journey took 3 days. Apparently her husband had seen the flying saucer hovering over Lydia and watched her being sucked up into a broad pipe inside the UFO. To be more exact the UFO looked more like a rotating sphere or globe with spokes on top of it.

After her abduction Lydia suffered from headaches for a long time, but then they went away. Her shingles also disappeared forever. Apparently the aliens had cured her. But her husband who had stood close to the UFO apparently was exposed to some kind of radiation, became sickly and eventually died.

Smirnova saw UFOs three more times, the last one in 2000.