Legend Of The Seven Time Travelers 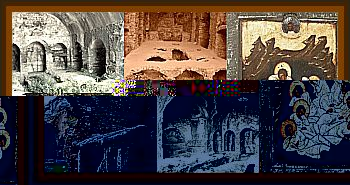 One of the first accounts of time travel remains unexplained to this day. This bizarre legend may serve as proof that some ancient civilizations or individuals were able to travel through time.

The Seven Sleepers were 7 young men who had to hide in a cave because they were pursued by Roman Emperor Decius 249 A.D. to 251 A.D. for their Christian beliefs. They fell asleep in the cave and to their utter amazement they woke up in 435 A.D., 184 years later, in the time of Emperor Teodosius II.

The men started wandering in the city of Efesus, modern day Turkey, surprised by the number of churches and the freedom that Christianity had earned.

According to the legend, The Sleepers died naturally and were buried in the cave where they traveled almost 200 years in the future.

The first man to describe the miracle was Bishop Stephen of Efesus. this phenomenon was immediately accepted as a fact, mainly because such a miracle would strengthen the faith of believers. Also, time travel probably was considered as a form of resurrection of the body.

It’s interesting to note that the legend of The Seven Sleepers also appears in the Quran. The story is mostly the same, the only difference being that the seven men were accompanied by a dog.

The cave of The Seven Sleepers is located on the eastern slope of Panairdag Hill in Turkey. It served as place of worship for Christian pilgrims from the 5th to 15th centuries. Many people are buried there. A brick church was built above the seven original tombs, with mosaic floors and marble walls. A large, domed mausoleum was added to the cave in the 6th century.

Archaeologists carried out excavations between 1927 and 1930. They have found that the cave complex predates the legend by several hundred years. Among other artifacts, archaeologists have found a number of lamps, but not all of them were placed there by Christians.

The legend of The Seven Sleepers is interesting, not only because it describes time travel, but also because it gives us information about people’s beliefs and imagination in the period of Early Christianity.