Mass Sighting Of A Sky Saucer 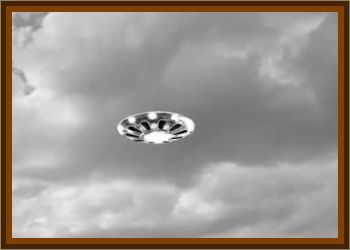 Switchboards of The Argus newspaper office, the police, airlines, and the Weather Bureau were jammed as inquiries come in about a huge object in the sky.

Later a startled motorist told of a huge black saucer, 30' across, with lights from underneath. It rose up from a paddock on the Geelong rd., and soared over some trees towards Laverton.

I was just passing new bridge work, 16 miles from Melbourne, on my way from Geelong, when I saw it, adding that the weird, low flying object was almost an exact replica of overseas saucer pictures.

Late last night Trans Australia Airlines and All Nippon Airways issued a special alert to all inbound, and outbound planes to keep a close watch for the saucer in a bid to track it down.

Many observers said the saucer was surmounted by a cabin with lighted portholes, and had four landing knobs underneath.

Mr. Alec Hume, taxi driver, of Barkly st., St Kllda.: I just dropped a fare in Smith st.. at Collingwood, when he said, Can you see that? and pointed to a dark, circular thing moving over the Exhibition dome. It was like a cone with a light inside it. I was frightened until it went out of sight.

Mr I. Crawford, of Edwards st.. Kew. stated: I was on a training run in the Reservoir paddock off Cotham rd when I saw the saucer at 10:55 p.m., It came from a quarter way up the horizon and swept right over my head, a flat disk with a cabin on top, silhouetted against the sky.

Mr. Peter Reilly, of Disraeli st.. Kew, said: It was low, below the clouds, and drifting slowly west. I’ve never seen anything like it before.