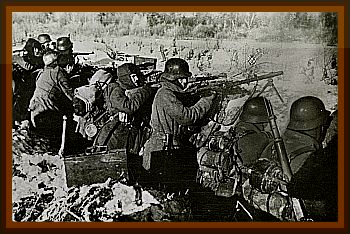 On November 12, 1976, Talavera la Real Air Base, Badajoz province, Spain, soldiers José María Trejo & Juan Carrizosa Luján were on guard in the fuel area. At 1:45 a.m. they moved away from each other, 200', and heard strange noises, like classic radio interferences. Then it turned into something like a high pitched hiss that lasted for five minutes and even hurt the ears.

On hearing such a sound very close to him, Jose Maria Trejo had asked his companion to accompany him on a rigorous inspection in the place, because it could be a sabotage. Then the terrible sound started again. They both thought they were going crazy and the noise seemed to burst their eardrums.

Five more minutes passed, the sound stopped and they saw a lightning in the sky that lasted for about 15 seconds.

Another guardhouse, runner shifts, approached along with a watchdog. The dog, together the three of them traversed the area, where jet fuels were stored. The place was in total darkness. The runner up thought it was an invasion at the base. The dog remained calm, was trained and gave security to the three, so they kept walking.

When they arrived at a certain point they felt a kind of whirlwind, carried the machine guns and remained silent. Soon they felt as if some nearby eucalyptus branches were breaking. They had no doubts: they released the dog that quickly ran to the place where the branches clicked. After a few seconds the dog returned, looking queasy, staggering as if someone had terrified him, or whoever had been beaten. Encouraged by the soldiers, the dog returned to the eucalyptus trees four or five times, but returned in the same shape.

Then he began to walk around the soldiers, a defense technique taught to guard dogs, that is, when some danger or something unknown could threaten the sentinels, the trained dogs turn without stopping to protect the person from the possible danger.

Alarmed, the soldiers prepared their weapons, and at that interval they continued to rotate faster and faster, growling menacingly. Trejo glanced suddenly to his left and saw a greenish light. On impulse he turned, according to him, the light had a human form, was very high, about 9' tall, it seemed formed by small bright spots and that in the edges it had a more intense brightness. Its head was small and seemed covered with a sort of helmet, its arms were long, body wide, and was on the ground.

But they saw neither the feet nor the legs, it was like a reel. Its arms were crossed, but hands did not come out clearly.

Paralyzed with terror and surprise, Trejo could not fire his weapon. Feeling a total stiffness in his body, he sank his knees into the grass and everything darkened. Seeing Trejo falling, the other two soldiers opened fire on the strange figure. It was 40 to 50 shots and in the moments of the shots the figure became clearer, like a flash, and disappeared.

While the two soldiers helped Trejo, they could hear that same sound they heard minutes before the appearance of that luminous being in the same direction. After 10 or 15 seconds the silence returned to reign in the area.

At dawn, 50 men searched the area. They found nothing. Particularly mystifying was the fact that they could not find a single spent cartridge case. Moreover, the adobe wall of the base, which was just behind where the being stood and should have been pockmarked with bullet holes, showed not a single bullet pockmark.