We Would Experience Nightly Light Shows 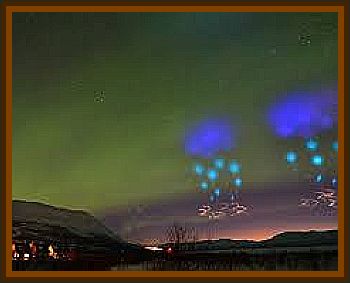 Early in the 1970's, in Sinop, Turkey. In the mountains on the north coast of Turkey we would experience nightly light shows.

White sphere shaped balls of light would pop up into the air. Sometimes a large ball, as I'll call it, would rise with a smaller one orbiting around it.

Occasionally they would leap frog over each other but would never leave the mountain tops or approach the base.

One night working the midnight shift, I had to drive to a remote part of the base to another building. As I was waiting for clearance to enter the building the large ball came up with it's smaller companion orbiting around it. I mentioned it to the MP in the guard shack who just smiled and said:

No one ever talked about them and my captain didn't want to hear of it. They usually would string the mountain tops like christmas lights.

These things never did anything and would just sit there till dawn when daylight would fade their light. They were all over Vietnam too.

Put out a call to GI's who have been in remote areas of the world, Turkey, Vietnam, Korea, Alaska etc, You won't believe some of the stories. I know a Marine combat veteran who has photos.