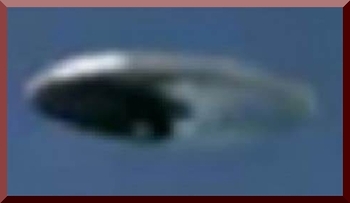 USAF CO of 135th AC&W Sq ADC radar site, Lt. Col. Orlando W. Stephenson Jr., and other staff of radar site, Senior Director Lt. William J. Hopkins, Capt. Clarence R. Holloway, Lt. Edwin G. Kenyon, Philco radar tech rep John B. Cooper, and at least one other witness, a door guard, saw a silvery or aluminum color flat on the bottom, slightly rounded on top, the highest part off center to the left, in the west at 268º azimuth 2º elevation at an estimated height of about 1,000' to 3,000' at 10 to 20 miles distance, seen through transit telescope, 7x50mm binoculars and possibly theodolite.

Object reflected sunlight at varying irregular intervals of brightness for 3 seconds to 2 or 3 minutes and then dark or invisible for similar periods, headed to the right descending below the horizon at 271º azimuth about 0º elevation.

Here we have what the Air Force concluded was airborne debris in the wind that was observed for at least 15 minutes. Not only was the debris not picked up on radar, may have been too low? But an F-86 fighter was unable to intercept it.