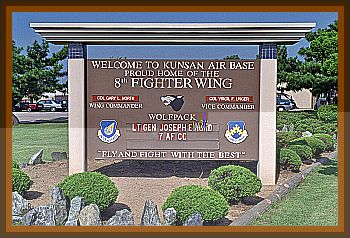 I can’t recall the year, but it was between 1978-1980. I was in the U.S. Air Force, stationed at Kunsan Air Base, South Korea. I was living off base inside a housing compound, outside the local town called Silvertown.

There was no light in the one roomed apartment, yet when I looked, I could see clearly. I remember waking up on the floor. My wife was on the bed to my left and slightly behind me. My attention was drawn to the direction of the doorway. I saw a large dark figure standing in the door.

The figure seemed to be wearing a hooded cloak or cape. I think it was dark grey or black in color. I sat there just staring at it when it seemed to start approaching me. It didn’t appear to be walking. It seemed to glide across the floor.

I tried to back away from it but couldn’t move. I tried to call for my wife but couldn’t make any sound. Although my body refused to respond to my efforts to move, I can remember thinking that if I could make a sound, the fear, and the figure, would go away.

My struggle to move or make some kind of sound seemed to go on for several minutes. My heart was pounding in my chest and I was desperately trying to call for my wife.

Suddenly, I managed to make a whisper/squeak of a noise. I tried again and the noise came easier this time. Finally, I was calling my wife’s name. I could move as well, although it was extremely difficult.

I dragged myself to our bed. I reached up and as I was about to touch my wife, everything was back to normal, if you can call it that.

The stranger was gone. So was the loss of my voice and my inability to move. However, the room was darker and it was harder to see.

I was still on the floor and my wife was sleeping soundly on the bed. My heart began to slow down and the pounding reduced itself to a normal beating. I just sat there.

To this day, I call still recall parts of this incident with great clarity. But I’m not sure if it was a dream. I don’t recall if I had been drinking alcohol that night but it is a very real possibility.

Nor do I understand why I was on the floor instead of the bed with my wife. I don’t know if my wife recalls any of this. I don’t even remember if I ever talked to my wife about this, but through the years, I’ve told this story to others when the topic of strange things comes up.

At the risk of coming off as a nut case, other strange things have happened to me as well and are as clear or vivid but may mean nothing.

While stationed at RAF Lakenheath in the United Kingdom between 1982-83, I recalled leaving the shop one night to go across the street to another building. As I left the shop, I was in a direct line of sight to the door that I was heading for. I ran into a heating fuel containment wall some 8' to 10' off the original path I was on. I don’t know how I got my original course but it did leave scratches on my shins.

Another incident at the same base and time frame occurred when I left the shop to catch the bus home.

I left the shop at 10 minutes till 1 AM for what should have been a one minute walk to the bus stop. However, after I arrived at the stop, I checked my watch and it said the time was 20 minutes after 1:00 a.m.

In these two incidents, no alcohol was involved due to the fact that I was just coming off duty.

And one morning while in England during the 1982/1983 time frame, I awoke to find myself inside my wardrobe, closet. However, this one could have been due to drinking, but I thought I’d mention it.

While stationed at Hurlburt Field, Florida between 1991 & 1992, I used to drive a stretch of road every night that was not well traveled or lit at that time of night.

On numerous occasions while driving, I expected to hear a loud popping noise come from the dash of my car. The expectation was so strong that my eyes where prepared to close the way they do when someone is hammering on something over and over and then they suddenly stop, but your eyes still twitch in anticipation of the next blow.

One night late 1996 or early 1997, while at work with the Gate Rubber Co in Siloam Springs, Arkansas, I experienced what you would call lost time. I worked with 6 presses that cure belts for the company. On this night, I was waiting for press #4 to open. I decided to go check something on press #1 about 15' to 20' away. I looked at the timer on press #4 and saw that I had 1 minute and 45 seconds before the press was ready to open, so I turned around to go to press #1. As soon as I turned around and started to take a step, press #4 opened up. I stopped and turned back around. I wondered if maybe I had looked at the wrong timer, but none of the other timers on the unit were set anywhere near a minute and 45. It was only a minute and 45 seconds and I didn’t feel anything else was out of order, but I still recall it with great clarity.

One day after I had begun working for the University of Arkansas, I experience an incident where I seemed to gain time. I checked the time that I entered Hwy 412 at the intersection of hwy 530, old Hwy 71. And began the 20 minute drive to Siloam. As I entered the City limits, I checked the time again and found that I had made the trip in 10 minutes.

I verified the operation of my watch and the Cruise Control that I always used and found them to be in good working order. I’ve never heard of anyone gaining time, although I have experienced times that I felt time had past quicker than I thought it should have.

I have the standard Scoop mark on my left leg that I’ve heard and read about. It’s been there as long as I can remember. And in 1999, I noticed that there was a scoop mark on the top of my left hand. I don’t recall anything out of the ordinary having happened at the time.

While I was in the 6th grade, I experienced several incident where there were large scabs in my nostrils. I remember that my grandmother used to have to use large hair pins to remove them. This lasted several weeks.

Around 1976 or 1977 while stationed at Beale AFB in California and living in the barracks, I got up one night to go to the bathroom. As I walked past my papasan chair, I saw someone sitting there and stepped around them to go into the hall. I closed the door behind me. When I went back to my room, I had locked myself out. I knocked on the door, but no one answered. I finally had to go outside and break into the room. No one was there and the next day, when I asked my friends if any of them had been in the room, they all said no.

After reading all this, I wouldn’t blame anyone for thinking that I was a nutcase looking for attention. But I swear that it’s all true to the best of my knowledge. It's also convinced me that I need to keep a document of dates, times, and conditions, should anything else occur.