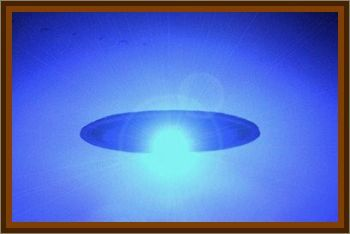 The object flew slowly up Cove Creek Valley south of Prairie Grove, below the horizon as viewed from Skylight Mountain. It maneuvered in random but controlled fashion, both above and below the horizon, into and out of a storm cloud. It ranged in speed from a stop hover to making a 5 mile circle in 5 seconds.

The object appeared to be about 30' in diameter, solid, silverish white. Most of the maneuvers were between the towns of Lincoln and Prairie Grove. It eventually entered the storm cloud and did not re-emerge. At that time

I was 13 years old. The other observer was a 45 year old World War II air combat veteran. Since I have completed a Navy career aboard carriers and air stations. Neither of ever saw an aircraft that could execute the moves this object did.