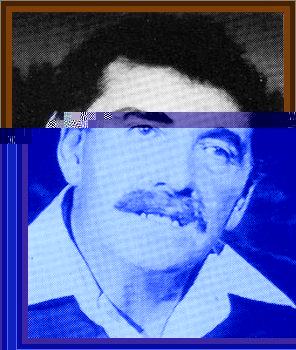 Charles Silva again met the short dark haired woman that called herself Rama and was taken to a clearing.

Ahead he could see a rainbow colored shimmering light just above the ground, he was told that it was electro magnetic field that was hiding a landed craft.

As they crossed the field, a landed metallic football shaped object came into view. It rested on metallic legs. A ramp descended to the ground from a triangular shaped door.

A humanoid carrying two pairs of clog like shoes came out to meet them.

He was instructed to remove his shoes. The humanoid was described as thin about 4' to 5' tall with a large head and long face. He had a long nose with wide open nostrils, a small mouth, and huge almond shaped eyes. They wore one piece suits of a shining gray color.

Silva had a creepy feeling even though they were very peaceful in demeanor.

As soon as he took several steps into the craft he came face to face with their crew leader, similar in appearance to the others, without any eyelashes, his eyes did not appear to blink.

The leader got up from a triangular chair and greeted Rama and communicated with Silva via telepathy.

At first Silva could only hear muffled sounds but then everything became clear and he was able to understand what was said.

Charles was given a tour of the object by the creature then apparently taken to a ride down to the South Pole.

Later the object plunged into the water and into an underwater complex apparently in Lake Titicaca.

He was also told that they had bases on Mars and Venus. They also told Charles that they originated from the Tauri constellation located somewhere near the Pleiades.